Decades-old record store in Istanbul to close its doors 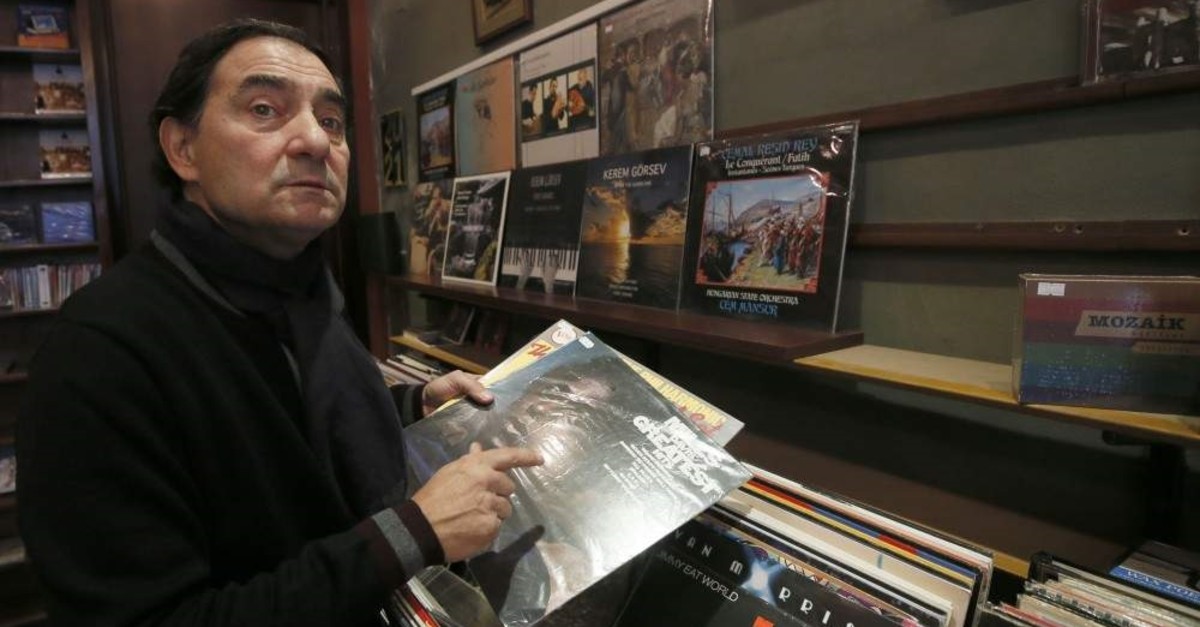 After decades of serving Istanbul's music lovers, a historic record store is shutting its doors for what they say are "family reasons."

"Our adventure, which started on May 13, 1954, will end on Dec. 31, 2019," said the store's Twitter account last week, saddening its longtime customers as well as musicians and music lovers. "Through Lale Plak, we've touched the souls of thousands of our friends with quality music for 65 years."

Located in the city's teeming Beyoğlu district, the 35-square-meter store is credited with providing top-notch vinyl records and CDs to its customers.

All the albums on offer were being meticulously selected by Hakan Atala, the 58-year old store owner, who boasts a profound knowledge of music, particularly jazz and classical.

"I was trying to stock and sell different albums compared to other stores. I did all this with love," Atala told Anadolu Agency Saturday. "When a new record comes in, we never put it on the shelf without listening first," he added.

Atala took over the historic place from his father and uncle at the end of the 1980s when his father retired and his uncle passed away.

Over time, the store, stocking distinctive albums, became a stomping ground for musicians.

Marcus Miller, an American jazz composer, producer and bass guitarist, was among those who visited the store. During a 2003 concert in Istanbul, Miller wore a Lale Plak t-shirt that Atala gave him as a present during his visit.

"He played all night with that t-shirt on and that made me so happy," Atala said. After eight years, in 2011, Miller came to Istanbul for a concert, again wearing the same t-shirt, he added.

Not just musicians, but people interested in music from various jobs and walks of life, including politicians, dropped in. Gjorge Ivanov, the former president of North Macedonia, was among them.

Recalling the visit, Atala said, "In 2016, police officers came to the store. They told me that someone would be coming but I didn't realize who."

A few days later, the then-North Macedonian leader unexpectedly dropped in with a crowded team with tight security measures.

Kerem Görsev, one of Turkey's leading jazz pianists, has also been coming to Lale Plak to buy albums since the early 1990s, before the release of his first album Hands & Lips in 1994.

"I have thousands of CDs in my house. Around 25-30% of them are well-chosen jazz CDs that I bought from Hakan," Görsev said.

The store will be closing due to "private and family reasons," according to Atala. The upheaval in the music business is another factor behind the decision, he said.

Saying the historic store has been like a "child," he added, "Over the last week the store has seen dramatic scenes. It's become like a place of condolences."

But musicians, music lovers and friends of Atala have hope that Lale Plak will get a new home someday. "This place is temporarily unavailable," Görsev said but added that there is no need to be sad.

"It will again offer service to both Turkey and the world with a great collection and from a better location," Görsev added.