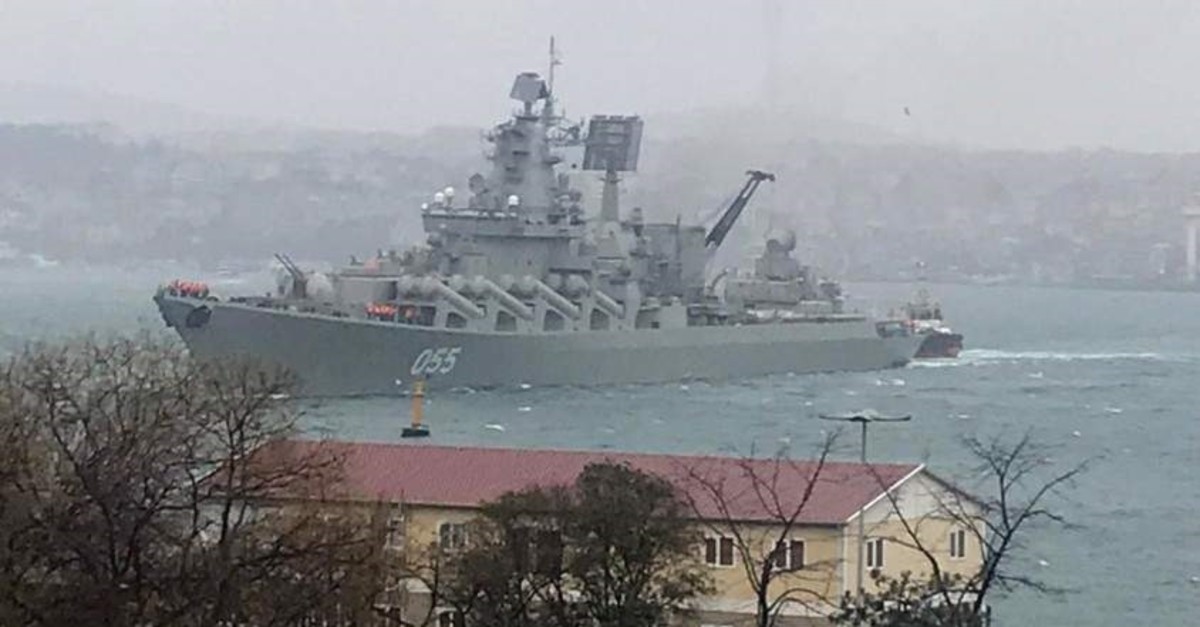 The Slava-class cruiser Marshal Ustinov anchored off the neighborhood of Moda, on Istanbul's Asian side, since the adverse weather conditions prevented it from docking, said the source, who asked not to be named due to restrictions on speaking to the media.

Earlier, state meteorologists warned of heavy rains across much of Turkey, as well as a strong nor'easter storm raging in the Dardanelles, hindering marine transportation.

Six containers reportedly fell off a ship near the island of Bozcaada in the northwestern province of Çanakkale, with ferry services between Çanakkale and Kilitbahir on the coast of the Dardanelles having been temporarily suspended.
RELATED TOPICS