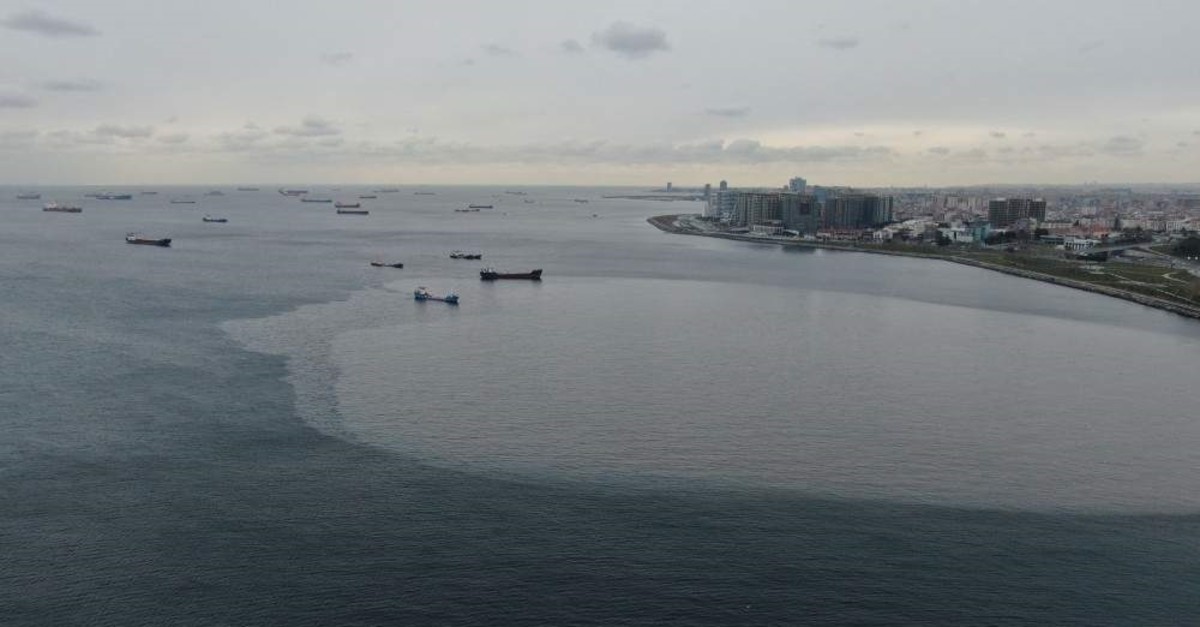 Though Istanbul municipality recently scrapped plans for an advanced biological wastewater treatment plant, pollution in the sea near the city and several industrial hubs necessitates more and better treatment facilities, according to experts.

A red algae bloom off the coast of Caddebostan neighborhood on Istanbul's Asian side in the last week of December was one of the signs of increasing pollution. Add to this pollution from increasing maritime traffic, and experts say it is a matter of concern for the ever-growing city.

The wider Marmara region, which includes cities like Bursa, Yalova and Balıkesir along with Istanbul, has some of the highest populations in the country, totaling more than 24 million people. More than 16 million live in Istanbul, and the waste created by this population is mostly discharged into the Marmara Sea. Istanbul hosts 88 wastewater treatment plants with a capacity of treating more than 5.8 million cubic meters of water daily; however, experts say that the plants are not working at full capacity.

Heavy maritime traffic on the Bosporus, which divides Istanbul and connects the Marmara Sea with the Black Sea, also contributes to pollution. Every day, an average of 150 ships cross the waterway, and some 2 million people are ferried across the strait. It is unclear how many among them dump their waste into the Marmara Sea, but experts say a number of them eventually dump their organic waste into the waterway.

Meriç Albay, dean of Istanbul University's Faculty of Aquatic Sciences, says all big cities on the shores of the Marmara Sea affect the sea. "The Marmara Sea has been abused for a long time. Factories discharged their waste, people discharged their waste. It has been polluted for a long time and the impact of pollution still continues. You cannot stop this pollution immediately. Though partially, waste is still being dumped into the Marmara, and its water quality is not very good. We have seen improvement in water quality, especially in the area near the Gulf of İzmit, but it is still bad. We need more time and more efficient use of water treatment plants," he said.

"The sea will definitely refresh and renew itself in time but only if we efficiently use treatment plants, inspect vessels better for contributing to sea pollution and inspect factories more," Albay says. He also said along with the problems the Marmara Sea currently faces due to pollution was a risk to the lives of marine creatures like mussels. "We see a severe accumulation of pollutants at the bottom where mussels live and uncontrolled consumption of mussels may pose a problem for public health," he warned. He says, along with fines, an awareness campaign is needed to prevent the public from polluting the sea.

Sedat Durel, a member of the Istanbul Chamber of Environmental Engineers, says the sea has a sensitive ecosystem that needs to be preserved. "The Marmara Sea has endured several threats to its marine life throughout history. We need better water treatment. If you discharge water into the Marmara Sea without proper treatment, it causes organisms like single-cell algae to consume organic material in the waste and at the same time, to consume oxygen in the sea. They create a jelly-like layer on the surface when they die that prevents the circulation of oxygen," he pointed out. He said Istanbul needed advanced biological treatment plants, not just one. "We have to improve plants in the districts of Kadıköy, Baltalimanı, and Yenikapı, and monitor all industrial and illegal discharge into the sea," he stressed.
Last Update: Jan 14, 2020 1:44 am
RELATED TOPICS