Istanbul may run out of burial plots, official warns 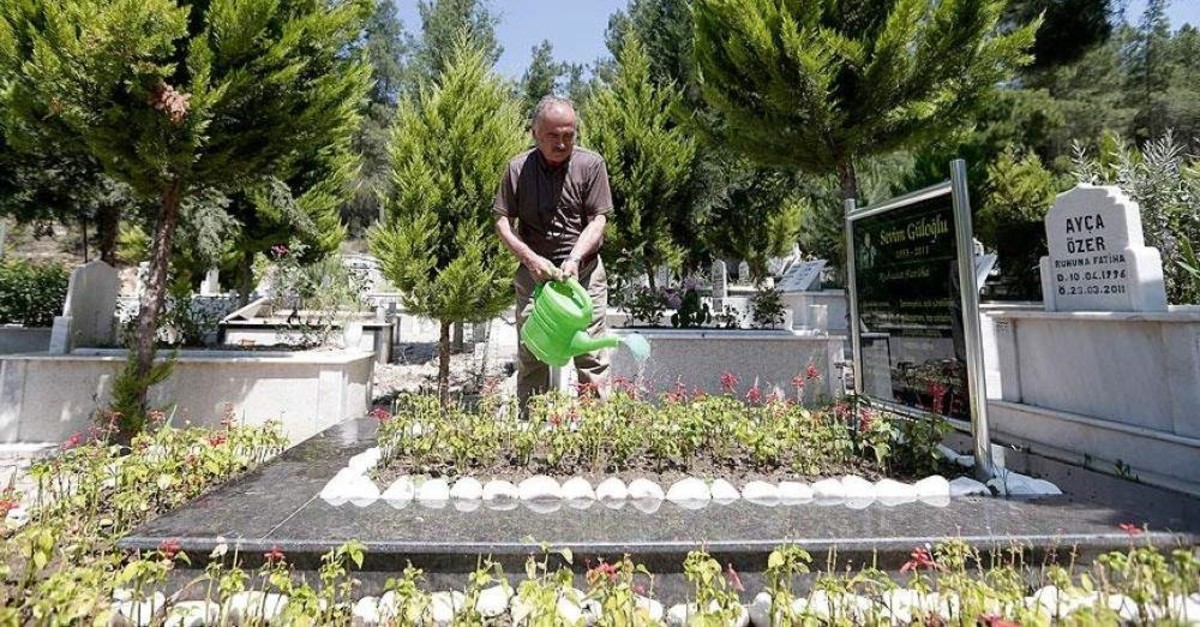 With more and more deceased being buried in the furthest corners of the city due to lack of space, Istanbul may run out of available burial plots, an official from the municipality warned.

Speaking to Turkish daily Milliyet on Monday, the head of Istanbul Municipality's graveyard department said the city could run out of burial plots within the next 20 years.

"We can reduce the need for plots by burying the deceased in their hometowns. It might be fine for the next three to five years, but it will be next to impossible to find a burial plot in Istanbul after 20 years. We need to come up with a solution," Ayhan Koç said.

Saying that around 77,000 deaths are recorded in Istanbul annually, Koç said on average 32% of the dead were buried outside the city in their hometowns. "We need to increase it to 50%. Our municipality offers all transfer services free of charge. We currently have 70 vehicles to transfer remains, we aim to increase them to 150," he said.

Just like any patch of land, burial plots are treated as a prime real estate in Istanbul. The municipality in December introduced a price hike for the plots, increasing prices around 10%.

Cemeteries are divided into four categories and their location determines how they are classified. The municipality occasionally reregulates the prices for burial plots and prices change based on a cemetery's location, physical features and current economic indicators.

Zincirlikuyu, Istanbul’s most expensive graveyard, lies next to the city's busiest financial hub under the shadow of skyscrapers. It is also the common final resting place of the country’s rich and elite, from Turkey’s richest businessmen to its most famous singers.

Since some graveyards have reached a point where they have no new burial plots, prices for existing ones can skyrocket, sometimes reaching millions of Turkish liras.

Istanbul, the most diverse in the country in terms of population, has 502 Muslim and 67 minority cemeteries.