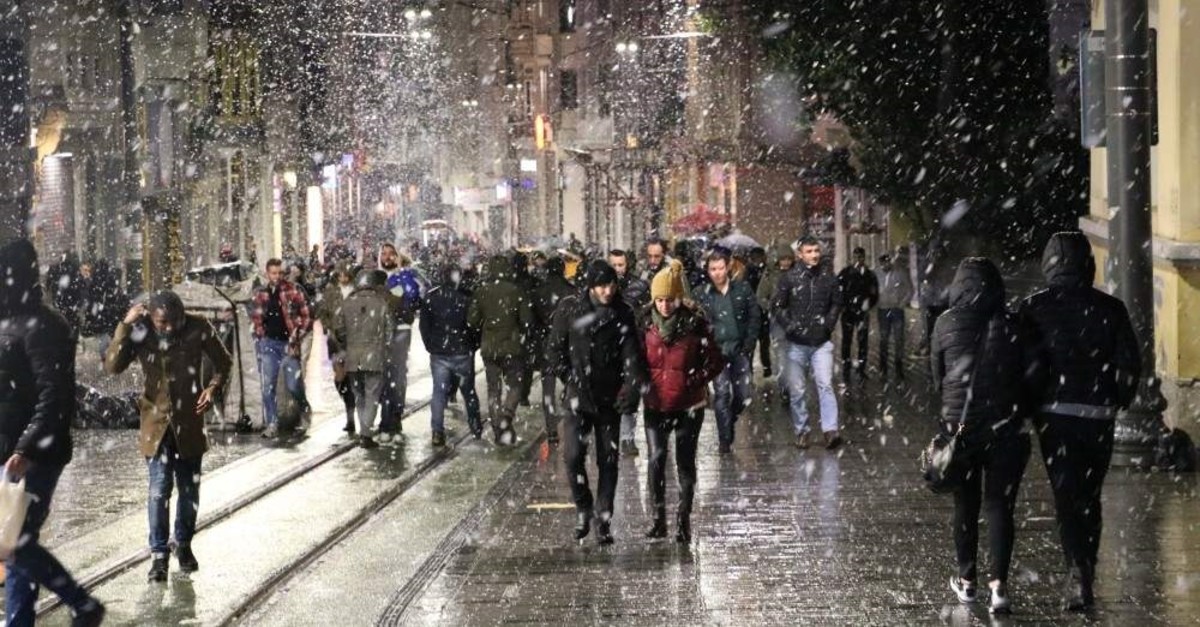 As Istanbulites have been enduring heavy rainfall and windstorms for the past few days, experts at Turkey's General Directorate of Meteorology Monday warned that sleet and snowfall are expected for Thursday.

The statement, shared by the Istanbul Governorate on social media, said that the rain would continue until Wednesday, when temperatures are forecasted to drop sharply, warning all citizens of possible icy conditions on the roads.

While the warning was issued for Thursday, Istanbul's outer districts had an early taste of the snow as the city's Silivri district that lies on the western edges of the city saw snowfall Monday.

The directorate also issued possible flash flood warnings for the Black Sea, as above-average rain was expected to fall in the region.