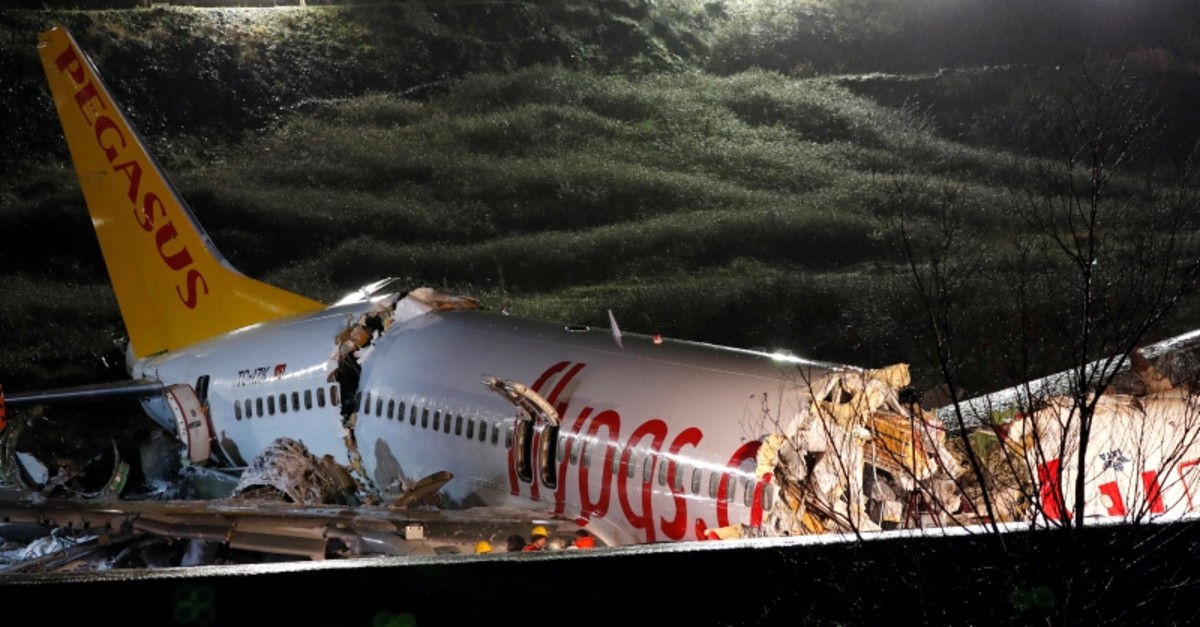 Three passengers died and scores were wounded when a Pegasus Airlines passenger jet flying in from western Turkey's İzmir veered off the runway after landing at Istanbul's Sabiha Gökçen Airport on Wednesday afternoon.

"Three evacuees have died of injuries, 179 others are being treated [at the hospital]," Health Minister Fahrettin Koca said in a statement.

The Boeing 737-800's fuselage broke in three and caught fire. Firefighters and ambulances were dispatched to the scene immediately after the accident.

The plane was carrying 171 passengers and six crew members, according to Transportation Minister Cahit Turhan. He said the accident happened due to a "hard landing."

The airport, which serves much of Istanbul's Asian districts and the nearby industrial hub cities like Bursa, Kocaeli and Sakarya, has been temporarily closed off to air traffic.

Turkey's flag carrier Turkish Airlines (THY) announced that it was canceling all flights to and from the airport for the rest of the day.

Budget carrier Pegasus, the country's second-biggest airline, uses Sabiha Gökçen as its main hub. The airline said in a statement that flight number PC2193, with the registration TC-IZK, skidded off the runway. Strong southwestern winds and rainfall have been battering the city for much of the day.

Meanwhile, prosecutors in the capital Ankara have launched an investigation into the incident.

On Jan. 7, another Pegasus 737-800 aircraft skidded off the runway at Sabiha Gökçen and stopped on top of a grassy area between two runways amid adverse weather conditions. No one was injured in that incident.

In January 2018, a Pegasus Boeing 737-800 slid down an embankment at Trabzon Airport on the Black Sea and stopped just meters from the water with its wheels stuck in thick mud.

All 162 passengers and six crew were safely evacuated before the plane was eventually lifted back onto the runway after four days.

Pegasus, which has been flying for 20 years, has a fleet of 83 aircraft, including 47 Boeings and 36 Airbuses.