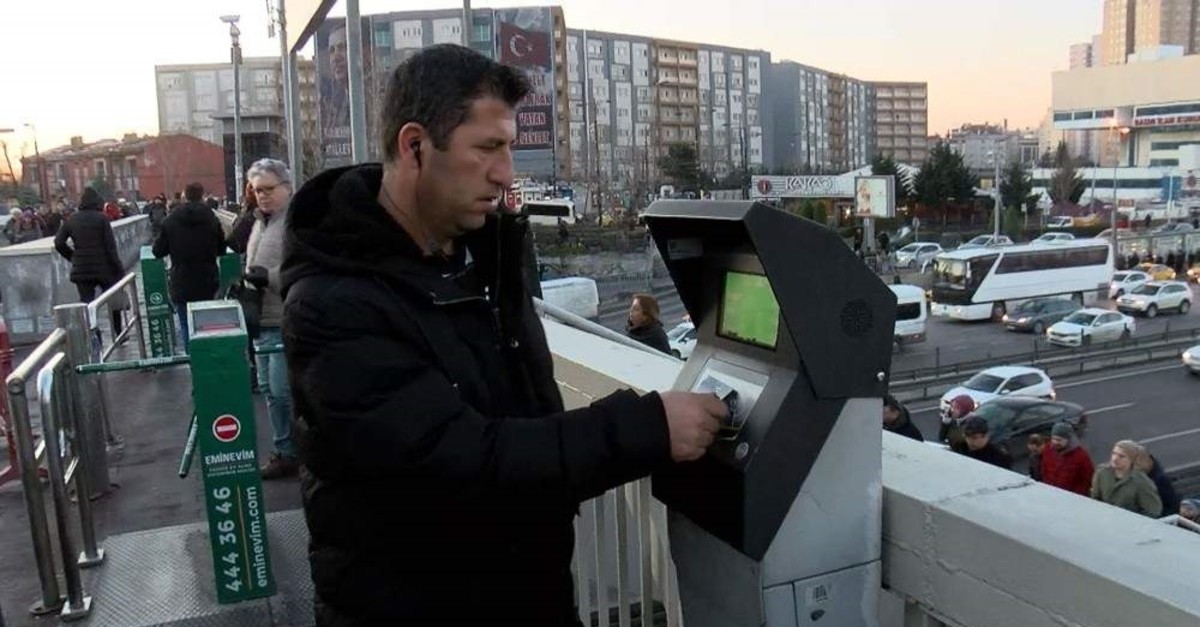 A dramatic hike in bus fares began this week in Istanbul, drawing the ire of commuters in the city of more than 15.5 million people.

The 35% increase in fares is the highest in recent memory and applies to every link in the city's mass transit network, from its metrobuses to underground metro lines, privately-owned public buses and more. Under new regulations put in place by the municipality, the regular fare rose to TL 3.5 from TL 2.6. For students, it rose to TL 1.75, up from TL 1.25.

"It was unexpected. This is not what we were told," Fatih Sarı, a commuter, said, referring to Mayor Ekrem İmamoğlu's election pledge to reduce bus fares. "This is a big rise," Sarı said. Another commuter who did not give his name said he worked on minimum wage, and half of his pay packet went toward public transport. Mutlu Tunç, another commuter who says he supported İmamoğlu, also complained about the hike. "This is too much. It is wrong to raise fares, especially in winter when people already pay too much on gas bills. I hope he will correct this mistake," he said.

A group of demonstrators staged a protest against the hike on Sunday in the city's central Mecidiyeköy district, one of the busiest transport hubs in the city, while a consumer association urged the municipality to annul the hike. In a statement, the Consumer Protection Association (TÜKODER) said the hike contradicted "the principles of a 'social' municipality serving people," adding that the municipality should subsidy mass transit expenditures instead of burdening people with high prices.

İmamoğlu, meanwhile, defended the rise. Speaking to reporters on Saturday, the mayor said the hike was "far below the costs" for operating the mass transit and said they simply "wanted to sustain services." "There has not been a rise since May 2017, but you cannot cope with the rising costs," he said, referring to rising fuel prices, while acknowledging people's complaints.