'Turkey put faith in the AK Party gov't for reconciliation' 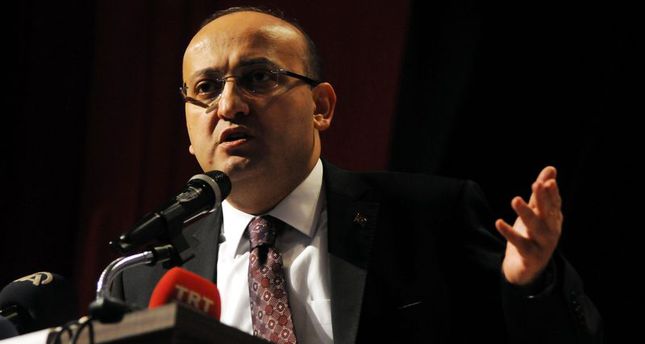 by AA Dec 28, 2014 12:00 am
Turkish Deputy Prime Minister Yalçın Akdoğan said on Saturday that significant progress has been made in Turkey's reconciliation process with the help of Turkish society, which put confidence in the ruling AK Party government.

"Turkish society trusted the AK Party, and this faith created the public support which has a significant importance for the progress of the reconciliation process," Akdoğan said during a visit in Adıyaman, an eastern province of Turkey, on Saturday.

The Turkish government's "reconciliation process" was launched in 2013 and aims to bring an end to the decades-long conflict with the PKK, which has claimed more than 40,000 lives.

Stating that they care about two pillars -- public order and being part of the process -- Akdoğan said, "This process started with public support, public will and public faith, and we hope that it will continue in this way."

Sırrı Süreyya Önder, a deputy from HDP, had said after the meeting that the solution process had passed the major crisis sparked by October's Kobani protests despite the fact that many issues remain unresolved.

The deadly October protests over fighting in the Syrian Kurdish town of Kobani, located close to Turkey's southern border, had threatened the process.

Dozens of people, including two policemen, were killed as pro-Kurdish protesters took to streets across the country under the pretext that the Turkish government was allegedly doing nothing to halt the advance of ISIS militants pouring into the Turkish-Syrian border town of Kobani.

"The process continues with strong political will and determination. The negotiations have intensified in order to achieve a permanent solution based on trust and good faith," Akdoğan also tweeted last week.