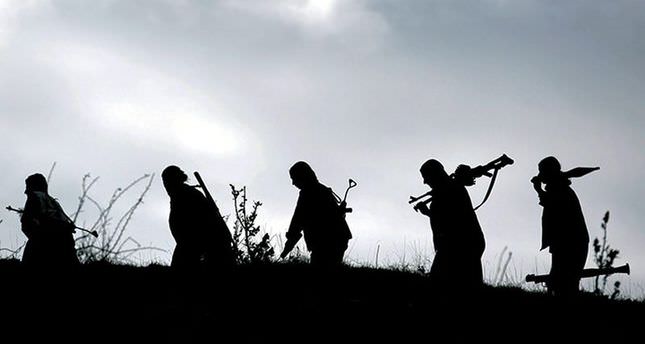 by Sena Alkan Jan 30, 2015 12:00 am
The reconciliation process between Ankara and the Kurds and the PKK's disarmament were brought to the table at a high-level meeting chaired by Prime Minister Ahmet Davutoğlu on January 28 in Ankara.

Following a meeting with President Recep Tayyip Erdoğan at the Presidential Palace, which lasted three hours, Davutoğlu held the first reconciliation process meeting of 2015 with ministers.

As the government stressed its efforts to successfully end the reconciliation process by March, the meeting had critical significance, as steps to be taken to ensure the disarming of the PKK were discussed and the importance of public order and security, especially after the October 6-7 Kobani protests that killed dozens of citizens, were highlighted at the meeting.

As the process continues, the Kobani demonstrations in October in southeastern Turkey, which later morphed into violent clashes between pro- and anti-PKK groups that killed dozens of citizens, put a temporary damper on progress. The government stalled the reconciliation talks for a while and said public order is the first priority and the reconciliation process is not an alternative under any circumstance. Later, the government proposed a bill to balance security and freedom and enacted strict measures against vandalism, including measures against those who throw Molotov cocktails and those who cover their faces during protests. Following these incidents, the Peoples' Democratic Party (HDP) committee and government officials reached an agreement and pledged not to turn a blind eye to the process and to show the required determination over the Kurdish issue.

The disturbance in the southeastern town of Cizre was also discussed in the meeting and the necessity for public order in the town was described as a vital issue to resolve the Kurdish issue.

Cizre, which is currently at the center of turbulence in the Kurdish issue, is seen as a town that could seal the fate of the reconciliation process. Since October 2014 when the Kobani protests, which killed dozens, erupted, the town has witnessed heated protests and demonstrations. The incidents in Cizre peaked when a 12-year-old boy was shot two weeks ago. Three police officers in Hakkari were caught throwing explosives at protestors. According to the information received, a group of civilians in Hakkari gathered to protest the violence in Cizre on January 15 when officers in a nearby armored police vehicle started throwing explosives at protestors, other police officers intervened and initiated a probe. The three police officers manning the vehicle were pursued. The probe revealed that all three had been transferred from Hakkari, and Istanbul intelligence departments claim they are linked to the Gülen Movement, which allegedly infiltrated key state institutions to topple the government.