Erdoğan rules out Sissi’s accusations, calls democracy for all in Egypt 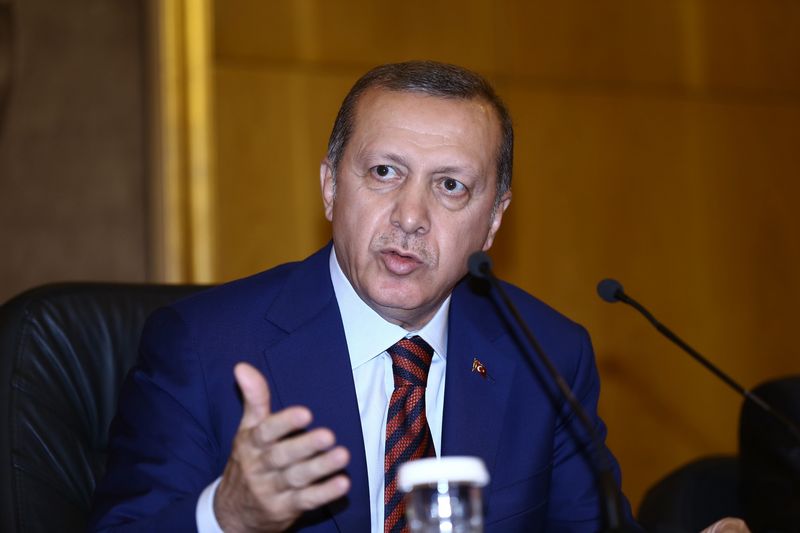 by Sena Alkan Mar 02, 2015 12:00 am
On his way to Saudi Arabia, President Recep Tayyip Erdoğan said that Turkey has no issue with the Egyptian people, when asked what Turkey's expectations are for normalizing relations with Egypt. Referring to the Egyptian coup leader and President Abdel-Fattah el-Sissi urging Turkey to stop interfering in Egypt's internal affairs in an interview with a newspaper, Erdoğan said he raised his voice against the coup staged against Mohammed Morsi.

Pointing out that these sorts of issues have been monitored by the entire world, Erdoğan, exemplifying Turkey's stance on Egypt on the Ukrainian issue, said: "Does the EU or theU.S. remain deaf to the situation between Russia and Ukraine, or the situation in Libya? We do not interfere in Egypt's internal affairs. We have democratic demands. All political prisoners, especially including [Mohammed] Morsi, must be released. The right of conducting politics should also be given to those [imprisoned] people."

In Saudi Arabia to hold talks with the newly-enthroned King Salman, Erdoğan performed "umrah" – a pilgrimage in the non-pilgrimage season to Mecca and al-Masjid al-Haram, the holiest site in Islam – and later moved on to Medina, where al-Masjid al-Nabawi, the second holiest site in Islam containing the burial place of Prophet Muhammad, is located. He later arrived in Riyadh on Monday to meet King Salman.

Erdoğan's trip to Saudi Arabia coincided with a visit by Egyptian President Sissi, who held talks with King Salman in Riyadh on Sunday. Even though Sissi called the timing of the visit a "coincidence," he did not refrain from urging Turkey not to interfere in Egypt's internal affairs.

Ahead of his departure for Saudi Arabia, when asked by a journalist in Istanbul whether his schedule would allow a meeting with Sissi, Erdoğan said: "Are you joking? … For such a thing to happen, serious positive steps need to be taken first." Turkey has been among the few countries openly describing the 2013 July takeover of power in Egypt by then Minister of Defense Sissi as a "military coup."

Relations between Turkey and Egypt have been tense since July 2013, when the country's first democratically elected president, Mohammed Morsi, was ousted by current President Sissi, a former army general.

Touching on the worsening administration gap in Syria, Erdoğan said that the regime of President Bashar Assad is losing logistical support while being propped up by Russian and Iranian support.