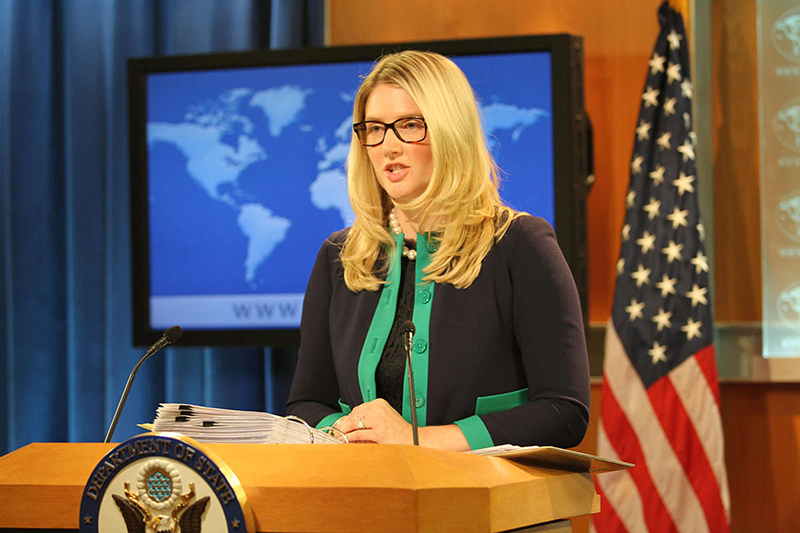 by Anadolu Agency Mar 03, 2015 12:00 am
The U.S. welcomed a call for the outlawed PKK to lay down its arms against the Turkish military on Monday.

"We would welcome all steps in support of a peaceful resolution in this conflict and commend the efforts of both the government and all parties concerned to work towards a lasting peace," said State Department deputy spokeswoman Marie Harf.

Sırrı Süreyya Önder, Deputy of pro-Kurdish Peoples' Democracy Party, or HDP, announced Saturday that the PKK was invited by its imprisoned leader Abdullah Öcalan to meet in the spring to reach common ground on ending the more than 30-year fight.

"The reconciliation process, which began with President Recep Tayyip Erdoğan's speech in Diyarbakır in 2005, has now taken a new shape," said Turkish Prime Minister Ahmet Davutoğlu, in reference to the then prime minister who spoke in the mainly Kurdish populated city and said more democracy, not more repression, was the answer to the conflict.

The PKK has fought for an independent Kurdish state since 1984. Its attacks have claimed approximately 36,000 lives in Turkey.

Turkey, the U.S. and the EU has designated the PKK a terrorist organization.