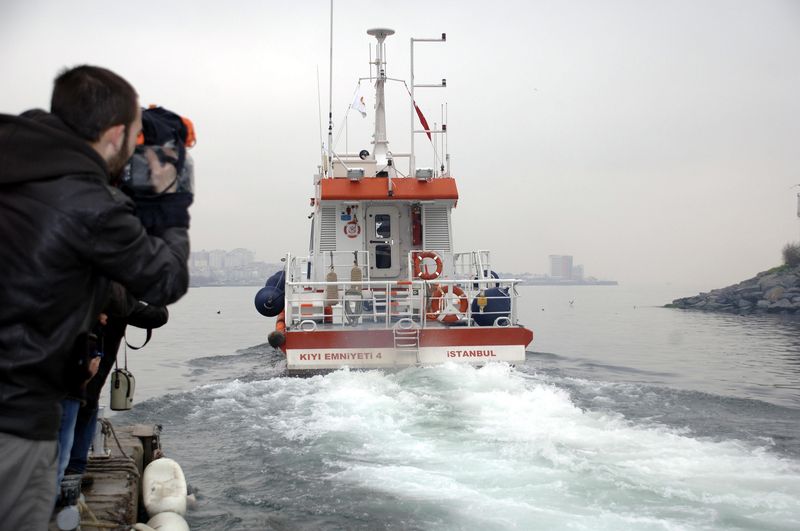 by Daily Sabah Mar 05, 2015 12:00 am
Following the historic call by imprisoned PKK leader Abdullah Öcalan to the PKK to lay down arms, the Peoples' Democratic Party (HDP) committee, including Istanbul Deputy Sırrı Süreyya Önder and Diyarbakır Independent Deputy Leyla Zana, yesterday headed to İmralı Island where Öcalan is imprisoned to hold talks over the reconciliation process between Ankara and the Kurds.

Last week, Öcalan called for the PKK to lay down its arms. Öcalan's message was shared with the public by the HDP committee at a press conference. The press conference took place after Deputy Prime Minister Yalçın Akdoğan held talks on the reconciliation process at the prime minister's office in Istanbul with the HDP committee, including the HDP Vice Chair İdris Baluken and HDP Deputies Önder and Pervin Buldan. Both sides emphasized the importance of a cease-fire and said that Turkey is closer to peace than ever before. The government's Domestic Security Reform Package, which is currently being debated in Parliament where it is facing severe objections, has described by the HDP as a "hampering factor" for the reconciliation process.

After the historic disarmament announcement, three steps are reportedly expected to be discussed to further the reconciliation process between Ankara and the Kurds. The first is the changeover of prisoners in the İmralı Island prison, where Öcalan is serving a life sentence. The HDP demanded a change in prisoners before as new prisoners are expected to help Öcalan in his studies. The second step said that a number of prisoners, ranging between 20 and 40, will be released with the decision of the Turkish Institute of Forensic Medicine. The third step is expected to set up a monitoring commission, including certain people who led the Wisemen Committee before.

Even though negotiations between Ankara and the HDP as mediator has stalled several times, especially when the Oct.ober 6-7 Kobani protests erupted in southeastern provinces after the HDP called for street protests which resulted in the deaths of many people, both sides have shown great determination to solve Turkey's long-running Kurdish issue. The PKK has fought for an independent Kurdish state since 1984 and the violence surrounding it claimed around 36,000 lives in Turkey.