Turkish Deputy PM hints of a 'monitoring committee' ahead of disarmament 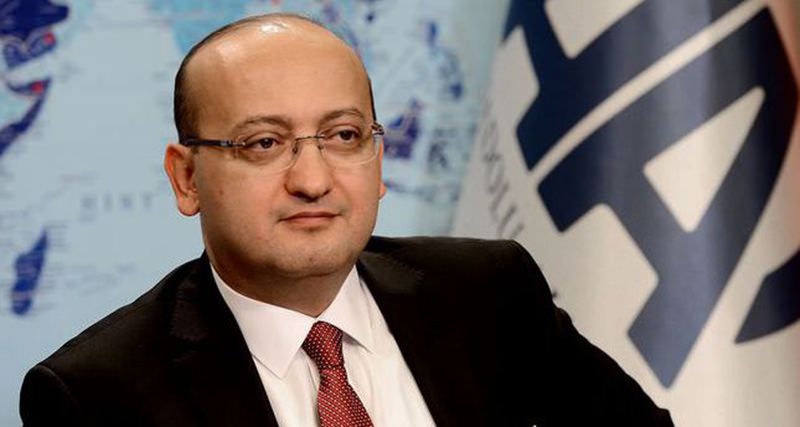 | Photo: AA
by Daily Sabah with AA Mar 18, 2015 12:00 am
Deputy Prime Minister Yalçın Akdoğan hinted at a "monitoring committee" ahead of the anticipated permanent disarmament announcement by the PKK. Akdoğan said on Wednesday that the government would create a five- to six-member team to monitor meetings and statements by parties involved during what is shaping up to be a critical moment in the nearly two-year-old process.

He added that the decision regarding the monitoring group lies with Prime Minister Ahmet Davutoğlu, who he indicated could make a statement next week. Akdoğan has called for a "language emphasizing commonalities" ahead of a key milestone in the Kurdish reconciliation process.
"Rather than scratching points of difference, a language that emphasizes commonalities needs to be used. How we will build a future together - that's what needs to be stressed," he said.

Turkey is fast approaching an anticipated announcement by the PKK to lay down its arms on March 21, the day of Nevruz – a spring festival, celebrated mainly by the country's Kurdish population. Nowruz is a New Year's celebration based on the Persian calendar that is celebrated in Iran, Afghanistan, Azerbaijan, Central Asia, Georgia, Albania, Macedonia, India, Pakistan, Iraq and Turkey. It is an important traditional and cultural event for Turkey's Kurdish population, which also coincided with the 2013 call by jailed PKK leader Abdullah Öcalan to withdraw all armed PKK elements from Turkey as of May and June 2013, and put an end to armed conflict.

Akdoğan's remarks today come as Peoples' Democratic Party (HDP) Co-Chair Selahattin Demirtaş sought to play down an expected announcement from Öcalan. Demirtaş had said earlier this week that the March 21 statement by Öcalan would not call for the disarming of the PKK, and instead would be an "enhanced statement of intentions."

Akdoğan said that the government would create a five- to six-member team to monitor meetings and statements by parties involved during what is shaping up to be a critical moment in the nearly two-year-old process. He added that the decision regarding the monitoring group lies with Davutoğlu, who he indicated could make a statement next week.

Davutoğlu has said Demirtaş had gone too far by saying they would not allow President Recep Tayyip Erdoğan be head of state in a presidential system.

Addressing a weekly parliamentary meeting of his party on Tuesday, Demirtaş said: "Mr. Recep Tayyip Erdoğan, you will not be the president [in a presidential system] as long as the HDP exists and as long as HDP members breathe in this land."

"It is a new example of insolence and disrespect to democracy," Davutoğlu wrote in response on his official Twitter account Tuesday afternoon. "It is only up to our noble people to decide on the presidency of Erdoğan," he said.

During his remarks, Demirtaş also addressed the fact that his party would not be swayed into voting for a presidential system. "We are not a bargaining party or movement," he said. "There has never been dirty bargaining between the AK Party (Justice and Development) and the HDP and there will never be."

Davutoğlu's AK Party does not have enough seats in parliament to vote for a constitutional change. According to the current Turkish constitution, such a change requires the approval of two thirds (367) of the (550) lawmakers. Only then can the president approve it or hold a referendum on the matter. The AK Party currently has 312 seats.

Davutoğlu replied to Demirtaş that his party had only ever relied on "the favor of the Turkish people."

"How would he dare to refer to the AK Party as a bargaining party?" he asked, adding that his party was not in need of "alliance and counseling from Demirtas or his peers."

The issue of a potential presidential system has been a hot topic in Turkey for the past few months as the country approaches parliamentary elections in June 2015.