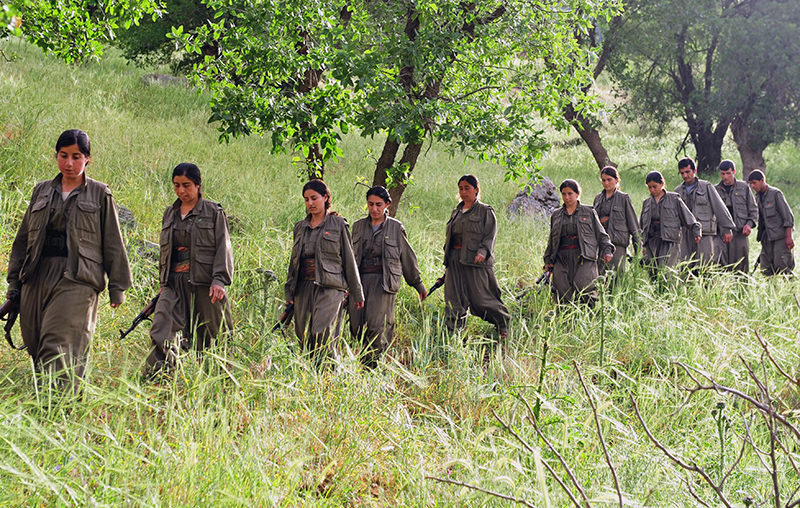 by Daily Sabah with AA Apr 10, 2015 12:00 am
A leading figure of the outlawed Kurdistan Workers' Party (PKK), Cemil Bayık has said they are putting an end to war as it did not benefit any of the sides involved in it. Cemil Bayık told the regional German public televisions WDR and NDR that the group had recently gone through a transformation phase and renounced the path of violence to achieve its political goals.

"We say enough to the war. Neither us (the PKK) nor the Turkish state have reached any goals," Bayık said, noting that they no longer want to wage a war against Turkey.

Bayık also apologized to the German people for attacks carried out during the 1990s in Germany, a move that analysts see as an attempt to get out of the European country's terrorist watch list.

"On behalf of the PKK, I would like to apologize to the German people," Bayık said, referring to the attacks in Germany during the 1990s, which included violent protests, kidnaps and attempts to block highways.

"These will never happen again," he assured.

Germany, which is home to around 700,000 Kurdish immigrants, outlawed the PKK in 1993, following violent protests and highway blockades that injured scores of German police officers.

According to the German domestic intelligence agency, BfV, the PKK allegedly has 13,000 adherents in the country. It is also believed to be involved in using various associations for fundraising activities and recruitment of new members inside Germany.

Given the recent developments in Syria and Iraq, where Kurdish fighters participated in battles against the self-proclaimed Islamic State of Iraq and al-Sham (ISIS), a debate has sparked in Germany about the legal status of PKK; recently the German opposition Left Party demanded the lifting of the ban on the group.

The German government notes the outlawed organization has not renounced its terrorism tactics and its goal of an independent state.

The PKK has fought for an independent Kurdish state since 1984, and its terrorist attacks claimed almost 40,000 lives in Turkey.

Turkey, the U.S. and the European Union list PKK as a terrorist organization.