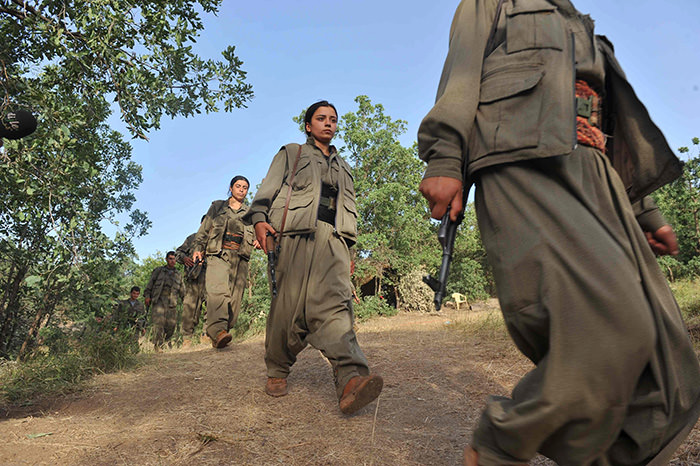 |File Photo
by Merve Aydoğan Apr 17, 2015 12:00 am
As Turkey's political parties prepare for the upcoming June general elections, Deputy Prime Minister Yalçın Akdoğan, a Cabinet member who regularly holds talks with the pro-Kurdish Peoples' Democratic Party (HDP) on the Kurdish issue, met with a number of media representatives in Ankara on Thursday and discussed the recent developments in the reconciliation process. During the meeting, Deputy Prime Minister Akdoğan strongly criticized the European Parliament (EP) for its recent approval of a resolution that urges all EU member states and Turkey to recognize the events of 1915 in the Ottoman Empire as the Armenian "genocide." Akdoğan said, "Turkey does not have the intention to deal with Armenia or the diaspora as we aim to look forward and build the future of the next generations."

In regards to the reconciliation process and the disarmament of the PKK, Akdoğan said it is highly unlikely that the PKK would establish a congress to call for disarmament within the next few months. Continuing his statements, Akdoğan criticized the HDP for meeting with terrorists in armed celebration, and the deputy prime minister underlined that such action is "propaganda through weapons." He further emphasized that the HDP's longing for support for the upcoming elections under the shadow of weapons displays a disbelief in democracy. While a committee from the HDP has visited the Kurdistan Regional Government's (KRG) Prime Minister Nechirvan Barzani, and delivered a copy of the message issued by the PKK's imprisoned leader Abdullah Öcalan in late March, Akdoğan said the HDP must also make the call for disarmament to prevent any doubts on the party's possible votes.

"Standing side-by-side with people with weapons would define the HDP as a party of a terrorist organization, and would harm the image that it is trying to establish in the West," added Yalçın Akdoğan during the meeting. Commenting on the criticisms against the Justice and Development Party (AK Party)'s electoral manifesto not including the term "reconciliation process," Akdoğan said, "The Republic of Turkey's citizenship framework is clear, it is solely based on rights and justice, as well as a nationality based on equality. The AK Party government has greatly valued this and has ruled in accordance."

The reconciliation process, which was initiated by the AK Party government, was followed by a series of democratic reforms to improve the rights of Turkey's Kurdish population once the cease-fire was announced in 2013. In addition, Abdullah Öcalan, in March, called on the armed group to hold a congress to discuss disarmament, two years after the PKK announced it had "withdrawn" from Turkish territories to northern Iraq, where it has hideouts on Qandil Mountain. Additionally, it is reported that over 50 percent of people in the country are in favor of the initiative.
Last Update: Apr 17, 2015 3:09 pm
RELATED TOPICS