President Erdoğan: Turkey does not have a 'Kurdish issue' 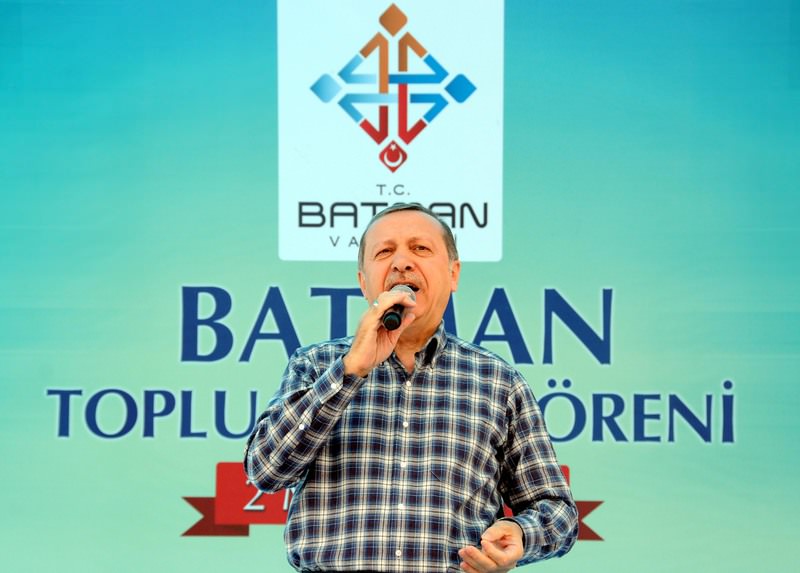 |DHA Photo
by Mehmet Çelik May 02, 2015 12:00 am
President Recep Tayyip Erdoğan has visited Turkey's southeastern provinces, Batman and Diyarbakır - two cities with predominantly Kurdish populations - on Saturday, to attend mass inauguration ceremonies, where he highlighted that Turkey does not have a 'Kurdish issue', however, our Kurdish citizens have some issues.

The president reminded the crowd in his speeches that Turkey now has an official Kurdish channel and there are Kurdish courses in universities and continued, "I say we do not have a 'Kurdish issue' in our country anymore, but our Kurdish citizens have some issues. Those who want to limit the reconciliation process within the brackets of 'Kurdish issue' have a different intention."

"They say we represent the Kurds, if you represent Kurds then clean the dirt on the back alley," said Erdoğan, where also criticized the poor urban management by the municipalities governed by mayors from the People's Democratic Party (HDP).

During his speech in Diyarbakır, the president criticized HDP for saying that they will shut down Turkey's Presidency of Religious Affairs (Diyanet). "Our Kurdish citizens are religious people," but those who claim to represet our Kurdish citizens ignore this fact, he said.

The state has had oppressive policies towards its religious and Kurdish citizens, the president said, however, now the state does not differentiate between its citizens and emphasized the importance of brotherhood between the Kurds and Turks and other minorities of Turkey.

Touching on the efforts to form a new constitution and a presidential system in Turkey after the upcoming general parliamentary elections on June 7, Erdoğan said, "Many of the developed countries are governed by presidential systems."

President Erdoğan stated that they inaugurated 75 facilities, which had a total investment cost of TL 302 million in Batman province and 45 new facilities in Diyarbakır province.

In his visits to Batman and Diyarbakır, the cities' mayors did not attend the official welcome at the airport, which was seen as an impolite attitude and a breach of traditional political breach by President Erdoğan.
Last Update: May 02, 2015 7:28 pm
RELATED TOPICS