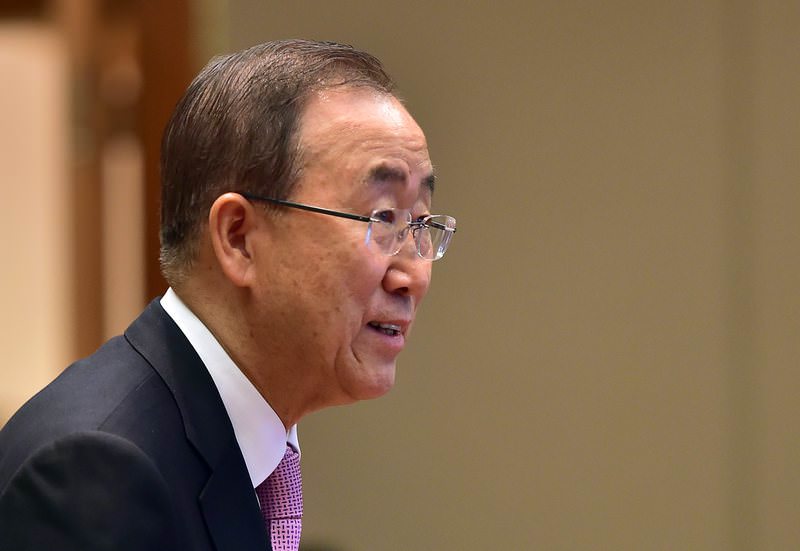 | AP Photo
by Anadolu Agency Jul 28, 2015 12:00 am
UN Secretary-General Ban Ki-moon voiced his concern on Monday about the latest escalation in tensions between Turkey and the PKK terrorist group and expressed his hope for a peaceful solution to this conflict.

"[Ban] calls on all concerned to refrain from returning to a deadly conflict which has in the past brought so much suffering and grief to the people of Turkey", according to a statement from his spokesperson's office.

Tensions have risen between Turkey and the outlawed PKK in the past week, with the latter stepping up attacks on police and troops while Turkish warplanes target the group's camps and police round up suspected supporters.

The separatist group is listed by Turkey, the U.S. and the EU as a terrorist organization.

"[Ban] expresses the hope that there will be an immediate return to constructive dialogue in order to continue to find a peaceful solution to the challenge at hand", the UN statement said.

The Turkish operations came after a major escalation in tensions in Turkey's southern border region, including a July 20 suicide bomb attack allegedly carried out by ISIS which killed 32 victims.