Turkey retaliates against terror attacks of PKK: US 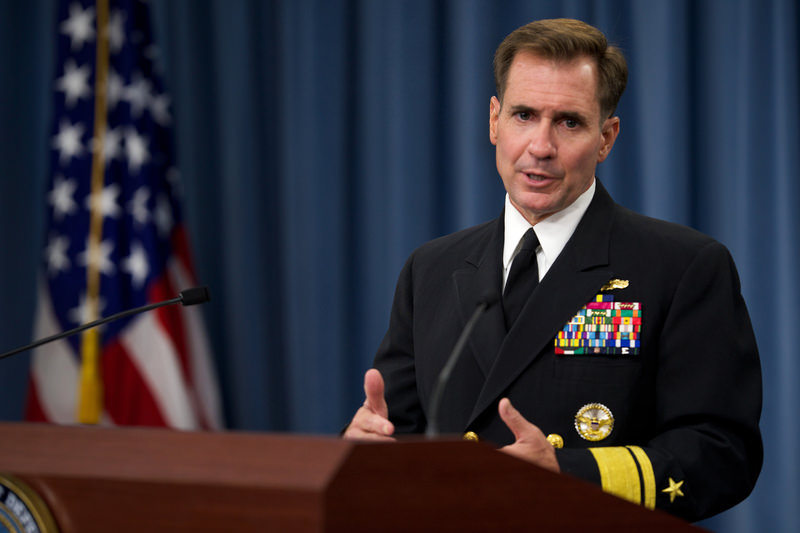 by Daily Sabah with AA Jul 28, 2015 12:00 am
The U.S. State Department Spokesman John Kirby said in a statement on Monday that the U.S. has long been recognizing Turkey's recent anti-terror operations as a right of defense.

"Turkey has continued to come under attack by PKK terrorists, and we recognize their right to defend themselves against those attacks," the spokesman said.

"What we're trying to focus on here is a coalition to go after ISIS," he said. "I recognize that in some cases, the PKK have fought against ISIS, but they are a foreign terrorist organization; we've designated them that as a FTO. And our fight against ISIS is not in cooperation with, coordination with or communication with the PKK."

Following last week's suicide bombing in the town of Suruc that killed 32 people, tensions have risen between the Turkish state and the PKK, with the latter stepping up attacks on police and troops while Turkish warplanes target the group's camps and police round up suspected supporters.

On Friday night and in the early hours of Saturday, Turkish jets bombed PKK camps in northern Iraq for the first time in two-and-a-half years. The strikes were carried out in retaliation for a series of attacks blamed on the outlawed group.

The strikes came just days after Ankara agreed to allow the U.S.-led anti-ISIS coalition to use bases inside Turkey, including the strategic U.S. Incirlik Air Base, to carry out airstrikes against ISIS.
Kirby said that access to the sites will allow coalition air support for northern Syria's People's Protection units (YPG) "to be more timely, and perhaps even more effective."

Regarding requests for a no-fly zone in northern Syria, Kirby said ongoing coalition efforts are "almost having the same effect as if there was one, because only coalition aircraft are occupying that airspace."

"There is no opposition in the air, when coalition aircraft are flying in that part of Syria. The Assad regime is not challenging us; ISIS doesn't have airplanes," he said in reference to Syrian President Bashar al-Assad.

Kirby further refrained from saying efforts in northern Syria against ISIS are an attempt to develop an "ISIS-free zone", adding "we're going after ISIS wherever they tend to go."