A group from Turkey's 'Wisemen Committee' calls for silencing of weapons 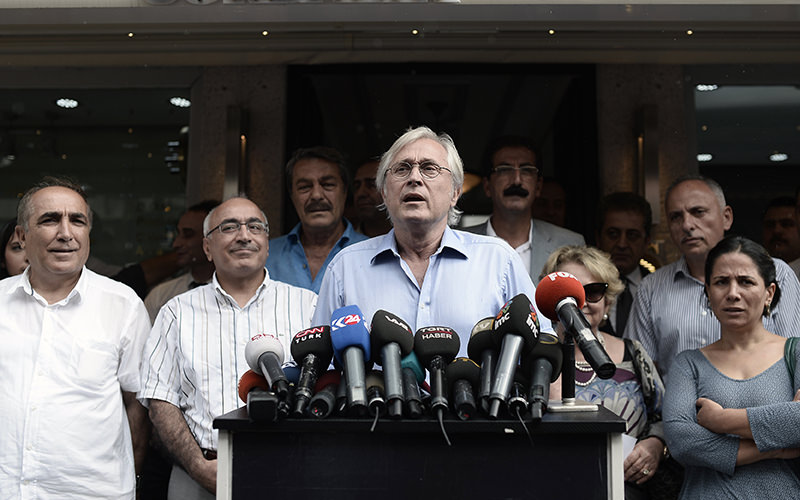 | AA Photo
by Daily Sabah with AA Aug 01, 2015 12:00 am
A group of people from Turkey's Wisemen Committee on Saturday have called for a "silencing of weapons" following an escalation of violence and terrorist attacks over the past two weeks.

"Arms must be silenced immediately and an absolute conflict-free environment must be achieved," the committee said in a statement following a meeting attended by 11 members in Istanbul.

Talks between the government and the PKK - designated a terrorist organization by Turkey, the EU and U.S. - officially began in 2013 in an attempt to end the decades-long conflict which has cost tens of thousands of lives.

The process stalled as violence broke out across Turkey following the Suruç bombing on July 20 where 32 activists were killed. More than 20 members of the security forces have since been killed in terrorist attacks carried out by the PKK and Turkish airstrikes have targeted PKK bases in northern Iraq.

Known as the "Committee of Wisemen", the 63-strong group of writers, columnists and academics from across Turkey are charged with promoting negotiations between the government and the PKK and explaining developments to the public.

As part of the reconciliation process, the government has formed the Wisemen Committee in 2013 to facilitate the peace talks, with the contribution of prominent academics, journalists and intellectuals.

The reconciliation process, which was initiated by the AK Party government, was followed by a series of democratic reforms to improve the rights of Turkey's Kurdish population once the cease-fire was announced in 2013.

Following the recent PKK attacks, the Turkish government has intensified its counterterror operations. Having conducted many airstrikes against ISIS and the PKK within the country as well as in Syria and Iraq, Turkey is fighting against both terror organizations effectively.

Turkish security forces have arrested hundreds of people with suspected links to ISIS, the PKK, and leftist groups, detaining over 1,300 people across the country, according to a statement on Wednesday from the Prime Minister's Office.