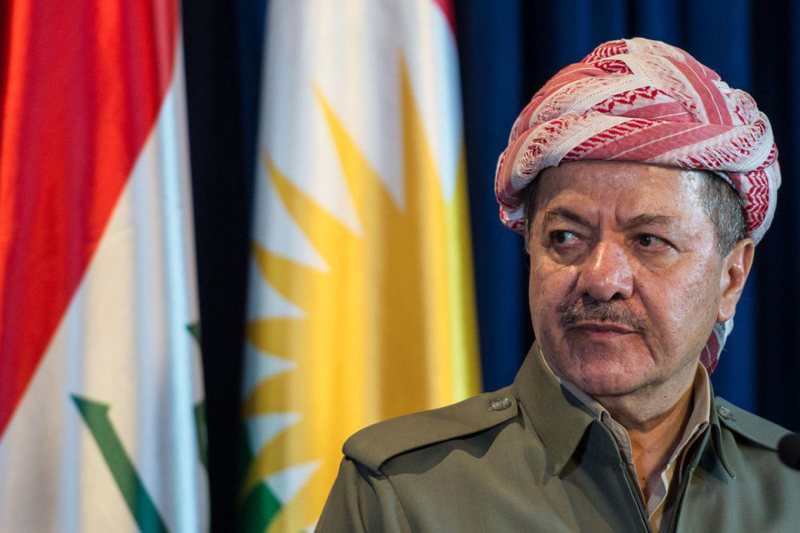 Following criticism by the Iraqi Kurds, the PKK disowned the attack on an oil pipeline that it had claimed the responsibility for.The KRG released a statement saying it bears 99 percent of the burden caused by the terrorist attack

Having faced heavy criticism by the Kurdistan Regional Government (KRG) following the Friday attack on the Kirkuk-Ceyhan oil pipeline in Turkey's southeastern province of Şırnak, the terrorist organization PKK's armed wing People's Defense Force (HPG), released a contradictory statement on Sunday, disowning the attack for which it had taken responsibility.

On Sunday the HPG issued a statement denying that it targeted KRG oil pipelines, having announced on July 29 that it carried out a successful attack on a crude oil pipeline. The HPG claimed the units that carried out the attacks did not know to whom the pipelines belonged, which is seen as doubtful given that the pipelines are near the Iraqi border.

In the wake of the attack, the KRG harshly criticized the terrorist organization on Sunday in a statement released on its website. The KRG emphasized that the recent attacks on pipelines carrying crude oil to Turkey have cost the KRG over $250 million, which is equal to the entire monthly budget for the salaries of the security forces of Iraqi Kurdistan.

The KRG further said that the continuous attacks and theft only lead to a heavy blow to the economic viability of the government and the security of the region. It was also asserted that those supporting thieves and saboteurs will be held accountable for the difficulties they cause.

Moreover, the KRG said that the damage due to attacks on pipelines causes much bigger losses to it and Iraqi Kurds than to Turkey. "The Ministry of Natural Resources condemns these senseless and irresponsible attacks on the people's security and welfare and calls on those involved to cease their actions immediately," the statement read.KRG President Masoud Barzani blamed the PKK on July 27 for not using the opportunity provided by Ankara and acting too proud, saying: "The Turkish government has taken positive steps, and has adopted a positive attitude for a peaceful resolution, however we have seen that some sides [the PKK] have taken it as a matter of pride and did not utilize these opportunities."

Barzani made another statement on Friday about the terrorist organization, saying that it is responsible for the end of the reconciliation process with Ankara. Barzani also criticized the PKK for overestimating itself.Furthermroe, KRG Prime Minister Nechirvan Barzani had recently branded the PKK, which is headquartered in the region's Qandil Mountains, as "visitors," expecting the terrorist organization to leave. This remark came only days after the chancellor of the KRG's Kurdistan Region Security Council (KRSC) put pressure on the PKK telling it to leave the Qandil Mountains.
RELATED TOPICS