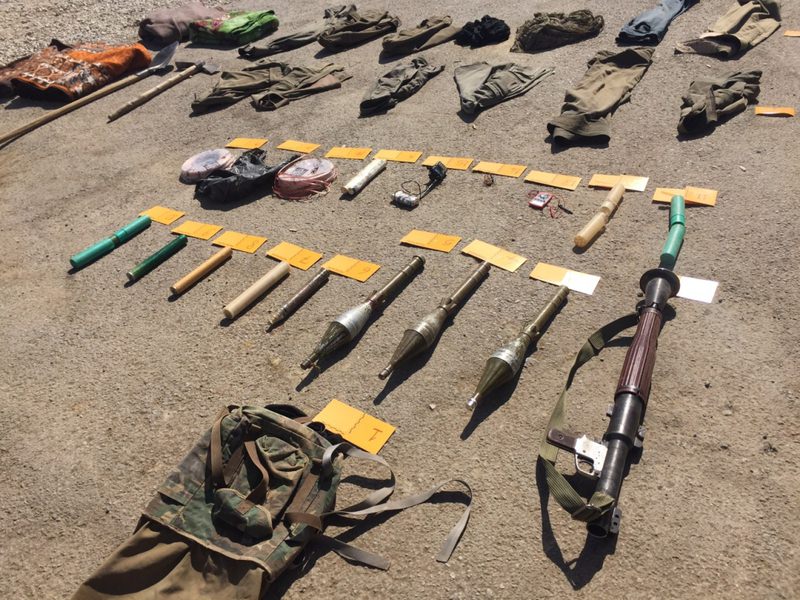 The PKK has no intention to ‘pull its finger off the trigger' even in the presence of cease-fire declared in 2013, stockpiling 80,000 long-barreled weapons to be used in an urban war, a recent report submitted to the MGK and Cabinet shows

According to a report submitted to the National Security Council (MGK) and the Cabinet, the PKK stockpiled 80,000 long-barreled weapons over the course of the cease-fire when the terrorist organization was "allegedly" pulling back, considering a possible urban war.

Having unilaterally declared the end of the cease-fire on July 11, the PKK stepped up terrorist attacks across the country, leaving dozens of security officers dead and many more wounded. It was reported on Saturday by the Sabah daily that the terrorist organization had stockpiled 80,000 long-barreled weapons in case of an urban war. However, while the PKK was piling up arms in the eastern and southeastern parts of Turkey, a cease-fire was declared in 2013.

Even though Ankara has been accused of disrupting the reconciliation process and cease-fire by some, the terrorist organization has carried out 2,099 acts of violence in Turkey since the beginning of 2015, security authorities' statistics show. These acts include armed attacks on police and civilians, assaults with stones and sticks, bomb attacks, as well as hijacking and abduction.

The PKK also targeted infrastructure. Declaring the end of the cease-fire on July 11, the terrorist organization explicitly threatened the building of new infrastructure, saying, "As of now, all dams and machines used to construct dams will be targets of our guerilla forces."

With the addition of this report, indicating that the PKK has been building up ammunition even during the cease-fire period in the eastern provinces, the side exploiting the reconciliation process and cease-fire can be argued.

Ankara stands against violent terrorist attacks, launching airstrikes in northern Iraq on PKK targets. Following the operations, all PKK hideouts have been destroyed, and nearly 400 terrorists have been neutralized. President Recep Tayyip Erdoğan and Prime Minister Ahmet Davutoğlu also expressed Turkey's determination to combat terror of any kind. In an attempt to eradicate terror not only in rural but also in urban areas, more than 1,300 suspects have been detained following counterterror raids, a recent statement released by the Prime Ministry shows.

In the wake of the consultation by the Cabinet and the MGK, the decision to seize arms stockpiled by the PKK will be exercised. Even if the PKK declares a unilateral cease-fire in the upcoming days, Ankara is resolute in going after terrorist nests and destroying ammunition lest the terrorist organization makes use of it.

Turkey has received support from top officials from Europe, the U.S. and other international organizations with regard to its operations against the terrorist organization. U.S. President Barack Obama, for instance, reiterated his support, saying, "The PKK engages in attacks against Turkish targets; it is legitimate for the Turks to try to defend themselves."
RELATED TOPICS