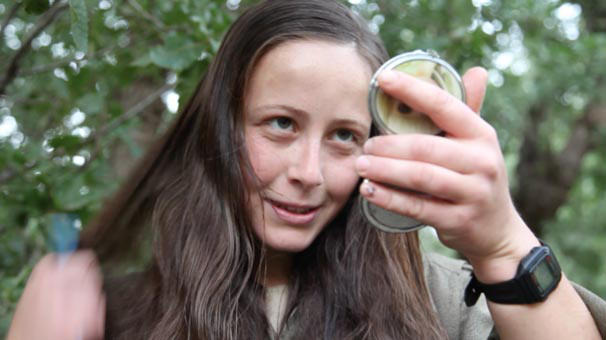 The PKK has ramped up violence across Turkey with terrorist attacks and continues to recruit minors in a bid to use them in dangerous tasks such as suicide attacks and direct clashes. Brainwashing the children and making them believe in its cause, the PKK exploits Kurdish youth to expand its decreasing influence in the east, experts claim

The tragedy of parents who lose their children to the PKK continues to gain pace in predominantly eastern parts of Turkey and adds to the increasing offences committed by the terrorist group, which have recently reached an alarming level.

The PKK, which is estimated to have kidnapped roughly 5,000 children in seven months, forces them to fight after brainwashing them. The minors, who are allegedly coaxed into sacrificing their lives "to become a hero," are used either as suicide bombers or tasked with carrying out the most hazardous jobs. Sources say that when the PKK suffers losses, they try to fill the vacuum by recruiting teenagers aged between 15 and18 that they kidnap. Some claim that the PKK tells most of the teenagers that a "Kurdish state will be formed" or "there will be autonomy."

The brainwashed teenagers who become devoted fighters after allegedly receiving an accelerated education in guerilla fighting are then plunged into clashes. Last month, photographs of minors fighting with police in Cizre were posted on social media, revealing the gravity of the situation. Fahrettin Altun, a sociologist and columnist, has said the PKK has been forced to adopt a different kind of strategy to ramp up its power in the region as it has failed to get the required support from the public to resume its armed struggle.

This tactic, he says, is recruitment of children who are loyal to the terrorist group.

"It tries to appeal to youngsters with a revolutionary romanticism. With is failure to win over supporters with ease from the community, which believes the armed fight should end, the PKK resorts to children and youngster to raise them as loyal fighters of the organization," Altun said.

Vahdettin İnce, a Kurdish intellectual and author, says the PKK is instilling its ideology in the teenagers in order to increase the number of its fighters and underlined that the increasing number of minors recruited by the terrorist organization cannot be all instances of kidnapping.

"It is not that hard to convince a youngster or a child to fight for a cause; they might be willing to join the ranks of the PKK," İnce said. He also said if the PKK was genuinely pursuing Kurdish rights, "they would not drag the children to their deaths."

"What they do is hurting the Kurds, nothing else," İnce said.

The PKK, which calls itself revolutionary freedom fighters, has been garnering supporters especially in eastern Turkey, despite the terrorist acts it is engaged in. A crucial question also hangs over how the escalating violence committed by the PKK, which is recognized as a terrorist organization by Turkey, the U.S and EU, is being played down in Western media. The depiction of women and teenaged fighters as heroic raises some eyebrows as to what the purpose of such a portrayal might mean.

Amid such reports, Turkey condemned the BBC on Friday for publishing an article Ankara claimed was a "clear support of terrorism."

The criticism from the Foreign Ministry came after an Aug. 20 piece released by the British state broadcaster that featured interviews with members of the illegal PKK militant group.

"Publishing in this way about an organization, which is called a terrorist group by many countries, particularly EU countries, is clear support of terrorism," the Foreign Ministry said in a statement on Friday.

On Aug. 20, the BBC published a story called "In pictures: PKK fighters prepare for battle with IS [Islamic State of Iraq and al-Sham]."

Ankara called the publication "unacceptable," describing it as "written and visual propaganda" for the PKK.

The BBC wrote in the story: "The PKK is considered a terrorist organization by the Turkish authorities and several Western states, but it is now a key player in the battle against the jihadist group Islamic State [of Iraq and al-Sham]."

The ministry said the story tried to encourage participation in the illegal group, and to depict the PKK as "an innocent organization" fighting against ISIS.

The ministry's statement said that promoting and praising terrorism is a crime.

Likewise, ISIS released videos and photos showing the training of child soldiers dozens of time until now and in Western media outlets, and the issue became a matter of debate in several discussions in broadcasts and reports. It was revealed that the ISIS terrorist organization recruits children to fight after indoctrinating them into the group's ideology and even trains them how to carry out beheadings.

Meanwhile, the parents of children believed to have been kidnapped by the PKK have been protesting against the organization's offenses for nearly a year, repeating their demand for them to return their children.

In May 2014, two Kurdish mothers began a sit-in in front of the municipal building in downtown Diyarbakır, a predominantly Kurdish city in southeastern Turkey, to protest the PKK for allegedly kidnapping their 15-year-old children. Later on, the protest rapidly evolved into one of the largest challenges to the organization, as this is the first time that Kurdish parents have risen against the PKK and the strategies adopted by terrorists that turn children into fighters.

The local administration responded to the parents and they were forced to leave the grounds of the municipality while Peoples' Democratic Party (HDP) Co-Chair Selahattin Demirtaş, a co-chair of the PKK-affiliated Peace and Democracy Party (BDP) at the time, said that some of the families that participated in the protest were paid by Turkish intelligence and their children were abducted by narcotics gangs, not the PKK, as was claimed.
RELATED TOPICS