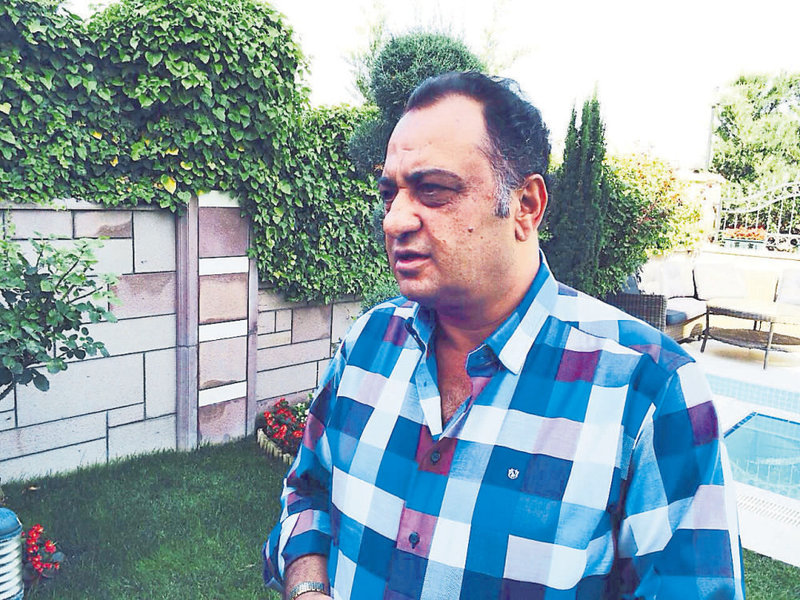 by Daily Sabah Aug 28, 2015 12:00 am
Namık Sakık (R), the brother of Sırrı Sakık, who was elected mayor of Ağrı from the pro-Kurdish Democratic Regions Party (DBP), which is the local affiliate of the Peoples' Democratic Party (HDP), said there is an intimate relationship between the HDP, PKK and Gülen Movement, and claimed that the PKK is backed by Iran, Syrian President Bashar Assad and former Iraqi Prime Minister Nouri al-Maliki. Speaking in a televised interview on Wednesday, Namık Sakık criticized the HDP's policies since the June 7 general elections.

"They do not want Turkey to have peace. Following the elections, they immediately made several statements. They had believed that they will pour people into the streets, but Kurdish people were not deceived. There is an intimate tie between the HDP, PKK and the Gülen Movement. Gülenist infiltrators have a remarkable contribution in the activities that took place in the region," said Sakık.

He also claimed that HDP Co-Chair Figen Yüksekdağ was chosen for the position because she lacks of representation of local people as her fellow co-chair, Selahattin Demirtaş: "What was her specific feature that made her chosen for co-chair in a year? She says: 'We lean our back on Kobani and the PYD [Democratic Union Party].' However, that's a lie. She leaned her back on Assad, al-Mukhabarat and the Baathist regime. They are going in that direction. Weapons are coming from there, dollars are coming from there and the order is coming from there."

Yüksekdağ is known for making numerous controversial statements regarding the HDP's relations with the PKK, the PYD and its People's Protection Units (YPG). Ranging from paying a visit to the district of Varto in the southeastern province of Muş for the families of PKK terrorists to reportedly abetting young people to be suicide bombers in a secret meeting, she has been accused of legitimizing PKK terror.

Stressing the importance of reconciliation through political means instead of armed clashes, Namık Sakık said: "If Dilek Öcalan [niece of imprisoned PKK leader Abdullah Öcalan] enters Parliament at 25 and this is the righteous way, why do you send 17 to 18 year old Kurdish people to the mountains? Why do you instigate and send them? It is necessary to be clear."
Last Update: Aug 28, 2015 12:15 pm
RELATED TOPICS