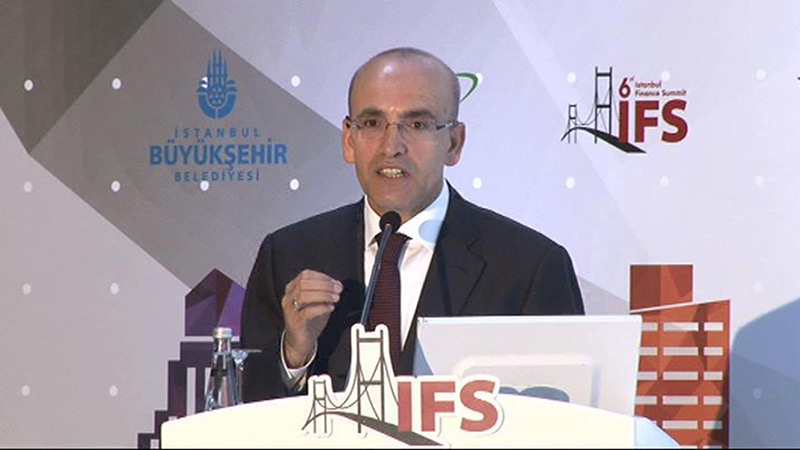 Speaking at the second day opening conference of Istanbul Finance Summit, Şimşek emphasized Turkey's distinction with Iraq and Syria, and said that same shallow terror analyses on Middle East are tried to being applied to Turkey by foreigners.

"Turkey is a country that has a long democratic experience and does not discriminate its citizens. I am a Turkish citizen with Kurdish background. Think of a family that does not know how to speak Turkish, in which both the mother and father are illiterate. But today I am the Finance Minister of the Republic of Turkey. My background is obvious. This is completely due to meritocracy, equality of opportunities. I serving today to our beautiful country show how Turkey is different from the countries that I have mentioned shows that it should not be considered in the same basket" Şimşek said, implying that there is no discrimination against Kurdish citizens of the country.

Minister Şimşek was born in a small village near Gercüş district of Turkey's southeastern Batman province which is mainly inhabited by Kurds. Along with many other politicans and statesmen with Kurdish descent, Şimşek stands as a good example against discrimination allegations.

Şimşek stated that current efforts to pour people into the streets through terrorist acts are a complete trap. Emphasizing the importance of clamping together as society in the wake of recent PKK attacks, "We need to solve our problems in the axis of democracy, but also need to show zero tolerance as a whole society to the outlaws in the mountains" Şimşek said, adding that the efforts to present the terror organization and its sympathizers as harmless for political calculations upset the people.