Turkey's fight against terrorism may extend to PYD in Syria 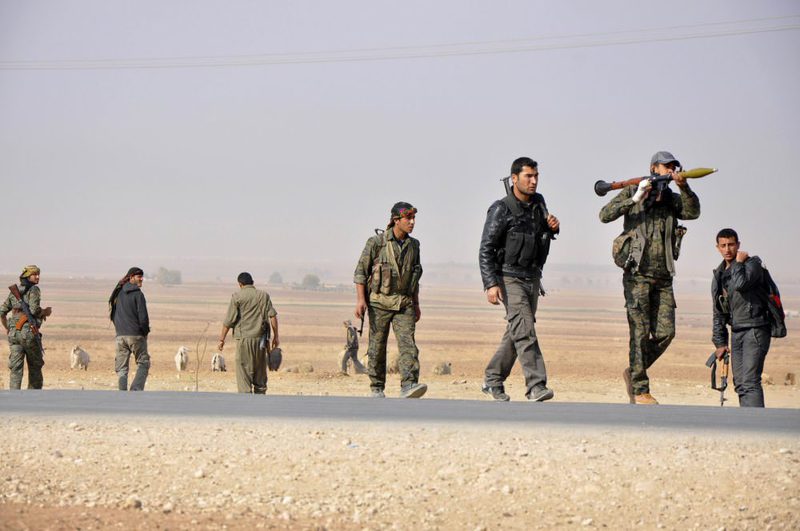 by Ali Ünal
Oct 12, 2015 12:00 am
As Turkey continues its fight against the terrorist organization PKK since it unilaterally ended the cease-fire with Ankara on July 22 and started to kill security forces, interim Prime Minister Ahmet Davutoğlu hinted that Turkey's fight against terror may extend to the Democratic Union Party (PYD), which is the PKK's Syrian affiliate.

Answering questions on a live broadcast Friday night, Davutoğlu said if PKK militants join the PYD and pose a threat then Turkey can respond. Davutoğlu said everybody should take into account that Turkey's Syrian border is also its border for national security. "There are some efforts that aim to present the PYD as a different organization than the PKK. Well, they might be considered a different organization when the PKK were not attacking Turkey," he said.

Davutoğlu also hinted that Turkey's fight against the PKK may extend to PYD elements in Syria if Turkey is attacked by these groups. "If some PKK members pass to Kobani and Haseki to join PYD elements and pose a threat to Turkey, it should be noted that we would have the same attitude to terrorist. Regardless of who threatens Turkey, we take every precaution against this threat," Davutoğlu said.

The PKK is designated a terrorist organization by the U.S., EU and NATO and Turkish officials have repeatedly raised concerns about the PYD's ties to the PKK, but also said the group was not a target unless it targets Turkey. The PYD, however, is not in the terror list of the U.S., EU or NATO and receives support from Western countries due to its fight against the Islamic State of Iraq and al-Sham (ISIS) in northern Syria. "Everyone needs to know that the PYD and PKK are one and the same. The PYD's role supporting the U.S.-led coalition's battle against ISIS does not give the group legitimacy," President Recep Tayyip Erdoğan said on Oct. 5.