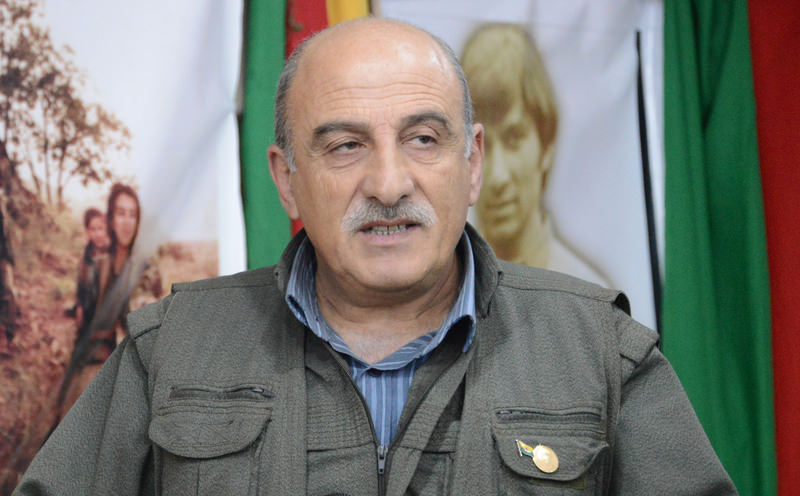 by Emre Başaran Dec 16, 2015 12:00 am
In a new wave of racist rhetoric , a senior leader of the PKK terrorist organization, Duran Kalkan pledged to "send Turks back to where they came from" in an interview published on the PKK-affiliated Özgür Gündem daily on Wednesday.

In the interview, Kalkan said that Turkey is committing "genocide" in the southeast, adding that the Kurds have the power to "send Turks back to where they came from 1000 years ago."

"Let Recep Tayyip Erdoğan and other Turkish officials know that Kurds can continue the resistance until they send Turks back," he added.

Repeating the widespread slander that "Turkey supports Daesh," the senior terrorist claimed that the Turkish government is "massacring" Kurds in the southeastern Turkey and conducts "cultural genocide."

Slamming the "1000-year old brotherhood" expression which is widely used to emphasize the brotherhood between the Turks and Kurds, he said that the expression is "nonsense" and such a fraternity is "impossible." Kalkan also blamed Turkish citizens for "not standing strong against" the "fascist politics" of the state.

In the interview, the high-ranking terrorist also blamed Kurdish supporters of the AK Party , labeling them as "enemies of Kurds."
Blaming the Turkish state of having burned the Kurşunlu mosque in Diyarbakır which was recently set ablaze by PKK terrorists, he claimed that the ruling Justice and Development Party (AK) Party conducts state terror, labeling Turkey's southeast as "Kurdistan."