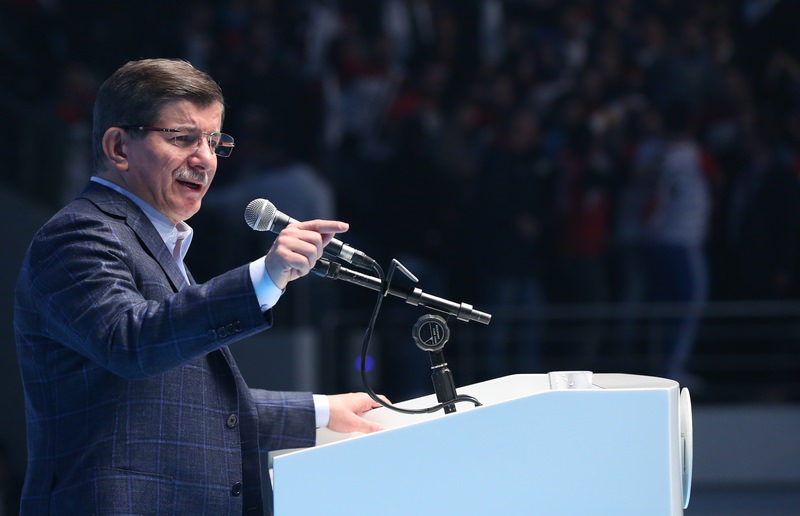 by Daily Sabah with AA Dec 20, 2015 12:00 am
The PKK orders youth in the southeastern part of Turkey to attack security forces and schools, Turkey's prime minister said on Sunday in Ankara.

"The children and youth aged 8 through 17, who need to go to school, are given Molotov cocktails in their hands," Davutoğlu added.

Since it was founded, the PKK has planted bombs in many high schools and primary schools in the southeast. The terrorist organization has also burned many educational institutions. Last Friday, PKK militants set Hakkari Anatolian High School ablaze with molotov cocktails.

Turkish army said security operations launched against the terrorist PKK organization in southeast will continue "until public security is established".

Formed in 1978, the terrorist group has been fighting the Turkish government for an independent state until the early 2000's. The group then shifted its goal to autonomy in predominately Kurdish inhabited regions of Turkey.
Last Update: Dec 20, 2015 8:16 pm
RELATED TOPICS