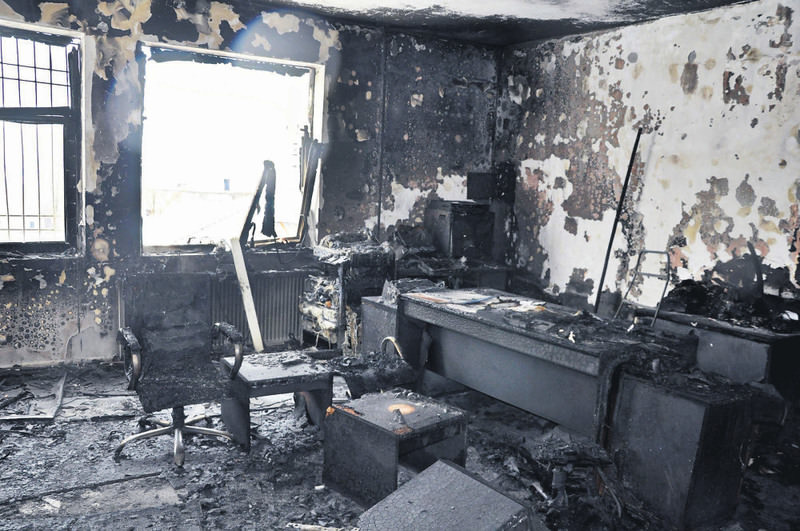 Acting on the pretext of defending rights of the local Kurds in Turkey's southeast, PKK terror continues to harm Kurds as well as other civilians, causing hundreds of thousands to leave the conflict-ridden region

PKK terror continues to paralyze social and economic life in the southeast through vandalizing the buildings, killing civilians and threatening the security of dozens of people. Causing hundreds of thousands of people to leave their homes in conflict-ridden areas by force, life has become unbearable for those who have enough tolerance to stay. 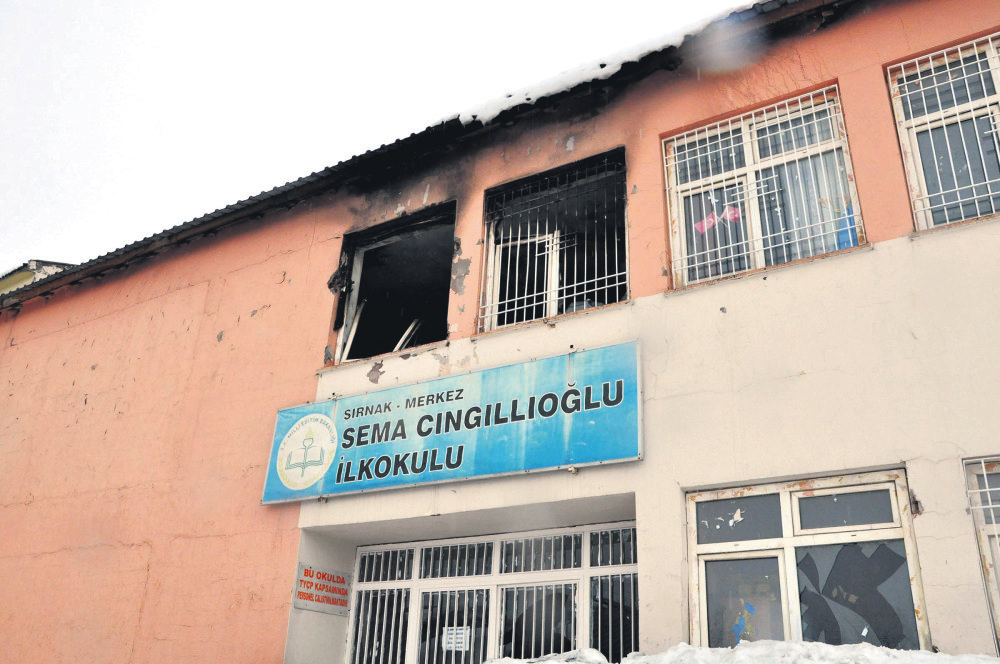 Although claiming that they act in the interest of Kurds in the region, the PKK clashing with security forces paves the way to it losing popularity among locals who want the peaceful atmosphere they had during the reconciliation process to return. Disregarding whether the targets belong to the rich historical heritage of the region, terrorists continue to practice life-crippling strategies by digging ditches and barricading roads in efforts for autonomy.

Analysts say the PKK is at the brink of understanding that the clashes led them to a deadlock, and so they are starting to panic while also realizing the limited support they received is further declining. 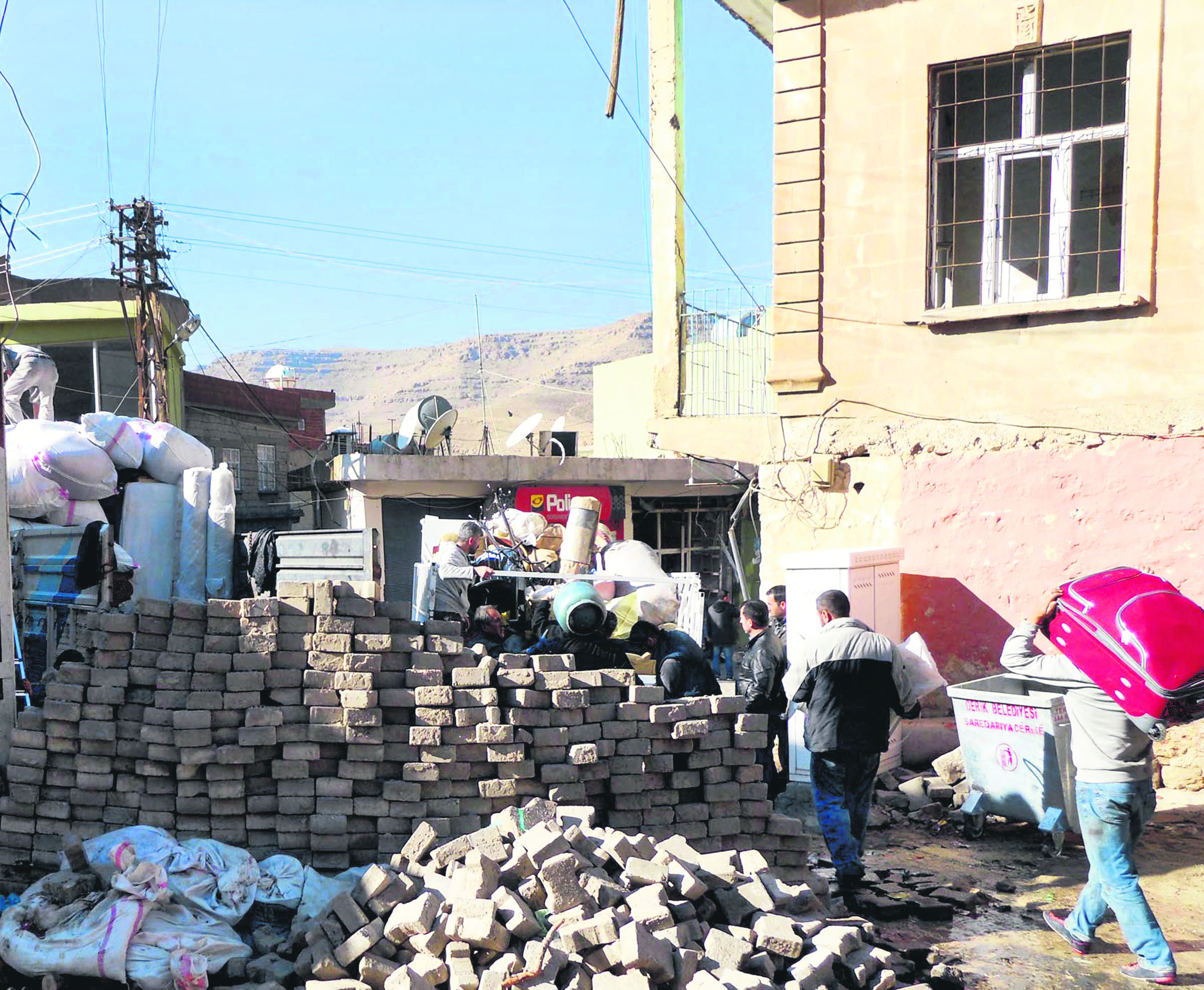 Locals escaping the Derik district of Mardin, which suffers from ditches digged by PKK terrorists.

Heavy civilian casualties are a result of a shift in the PKK's strategy, which is to engage security forces in urban areas and cities. Digging ditches, erecting barricades, killing security personnel while shopping or asleep are some of the activities of the newly adopted strategy after the PKK ended the cease-fire on July 11, 2015.

Amid the intensified clashes with security forces in Turkey's southeastern provinces, PKK terrorists continue to suffer heavy casualties, with 305 having been killed since Dec. 15 with the launching of a comprehensive operation in the region, according to figures released by the Turkish General Staff on Wednesday.

Four terrorists were killed in Cizre, a town close to the Syrian border in Şırnak, bringing the total terrorists killed in the town to 207 which is also under curfew. Twenty-one handmade explosives were disposed of including shotguns, ammunition, a drone and some medical equipment that were seized in the operation.

The General Staff reported that three terrorists were killed on Tuesday in the Silopi district of Şırnak province, which brought the total number of PKK deaths to 36 in that area. Three barricades were removed and 46 handmade explosives were disposed of during the operations.

In the Patnos district of the eastern province of Ağrı, six people were detained on Tuesday on charges of aiding and abetting the PKK.

The military added that security forces also detained four suspected members of DAESH on Tuesday in the southeastern province of Kilis. The suspects are alleged to have illegally crossed into Turkey from Syria.Previously, the General Staff released a group of photos that show the PKK using strategies from the fight to protect the Syrian town of Kobani from DAESH. The photos show tiny holes drilled in walls through which a gun can be fired, minimizing the risk of detection. PKK members also set fire to houses, set up barricades and dug trenches in the streets, using buildings and houses to their advantage and connecting the buildings from the inside. They also prevent unmanned military aircraft from recording images by setting up large awnings in the streets to obstruct the view.

In a response to the threat, the government has adopted a new strategy in the fight against the PKK, with officials revealing that security forces are launching counterterror operations to rid neighborhoods of terrorists. While operations intensify, partial curfews have been imposed in order to minimize civilian casualties. The plan includes launching operations during curfew hours when civilians are at home and at less risk.

Terrorists torch another school in Şırnak

The double-story Sema Cıngıllıoğlu primary school in the Dicle neighborhood of Şırnak was set on fire with Molotov cocktails by a group of PKK terrorists on Wednesday. Several parts of the building were damaged in the attack.

Terrorists have targeted public places, including schools, Quran educational facilities and other locations populated by children. On Dec. 8, two schools in the Sur district were torched with hand-made explosives by the PKK. On Sept. 14 in Cizre, a Quran educational facility was targeted with rifles, leading to an evacuation of the building. On Oct. 8, nine-year-old Hasan Yılmaz was killed and three children ages six to 10 were injured in the neighborhood of Silvan in Diyarbakır, when a mortar planted there by the PKK exploded.

Teachers in the region are under immediate threat as well. In Sur, a bullet fired by a PKK militant ricocheted, striking a mother of two in the head as she sat in her home, killing her. The 51-year-old primary school teacher, M.K., succumbed to her wounds in the Dicle University Medical Faculty hospital.

In December, thousands of teachers in the Cizre and Silopi districts of Şırnak province received text messages instructing them to attend seminars in their respective hometowns designed to address the threat imposed by PKK terrorists.

Crippling social life, PKK terrorists are also a menace to medical workers in the region. During an operation in Cizre this week, security officers discovered that a home under terrorist control was turned into a makeshift hospital using materials that terrorists seized from ambulances after using false requests for medical help as their ruse.

Locals in the region say that they have had to warn ambulance drivers of the threat. Recently, a village headman in the district called an ambulance after an 11-year-old child broke his arm after falling off a horse. Terrorists stopped the ambulance on the road and stole medical materials. Later, the village headman confessed that he had made the call as terrorists held him at gunpoint.

On Nov. 9, terrorists fired a mortar at a hospital in Cizre allegedly during an attack on a police vehicle near the building. The violence comes after an attack on Oct. 22 when PKK militants used a car bomb planted in an area to attack a hospital in Şemdinli, a district of the southeastern province of Hakkari.

In addition, a doctor in Diyarbakır was killed after terrorists blocked a road between the Kulp and Lice districts in Diyarbakır on Sept. 1 and opened fire on his vehicle.

Terrorists execute soldier in front of his home

Specialized sergeant Ramazan Emet, 28, died in Şırnak on Wednesday, succumbing to his wounds after being attacked in his own front yard in the early morning hours, according to a statement by the General Staff, which declared its deep condolences to the family. It is reported that Emet was a married father of two.

Reports on Wednesday stated that only 60 terrorists remain of the original 300 that had been in Sur since the clashes began, reportedly demanding that security forces open a corridor so they can escape as the terrorists suffer heavy casualties. Their request was refused and security forces told them they could surrender or die.

According to the commanders of the operations, terrorists are receiving technical and tactical support from two Russian nationals and seven Germans.

Eight PKK terrorists have been caught so far in 2016. B.D., from the terrorist organization's unit in the Qandil Mountains, was captured in Diyarbakır and nine PKK-linked suspects, including three children, were detained over a denunciation in a primary school's front yard in Seyrantepe, Istanbul on Aug. 11. A PKK terrorist in the southeastern province of Hakkari detonated himself and his vehicle on a route used by gendarmerie forces. The suicide bomber was the only casualty in the attack.

Formed in 1978, the PKK had been fighting the Turkish state for an independent Kurdistan ever since, until the early 2000s when the group shifted its goal towards autonomy in the predominately Kurdish regions of Turkey.

The PKK is considered a terrorist organization by Turkey, the U.S. and the E.U. It resumed its three-decade armed campaign after the cease-fire ended in late July.
RELATED TOPICS