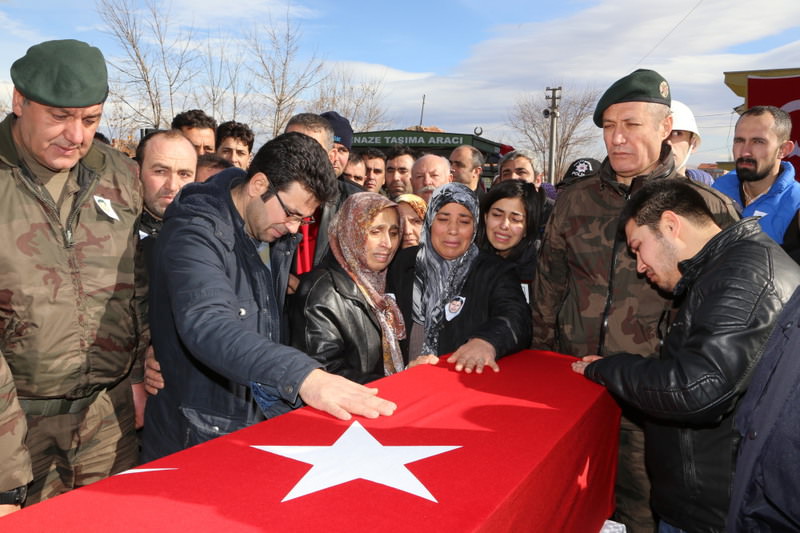 While Turkey is going through a rough time with the PKK spreading terror in urban areas in the southeast, the main opposition CHP and a significant number of academics once again have not shown solidarity to stand against PKK terrorism

Turkey's lack of solidarity in society in times of anti-terror operations was once again demonstrated, as Republican People's Party (CHP) Chairman Kemal Kılıçdaroğlu and more than 1,000 academics failed to stand against PKK terrorism. On top of that, the CHP leader and academics blamed the Turkish state and security forces for civilian deaths in the southeast.

CHP Chairman Kılıçdaroğlu's statements at a parliamentary group meeting on Tuesday landed like a bombshell, as he levied criticism at Beyazıt Öztürk for apologizing following an incident on his TV show last week. Kılıçdaroğlu picked on Öztürk, saying: "Why did you apologize? Don't you have guts? Aren't you brave? Who did you upset? You may have upset child murderers at the most. Let them be upset."

The statement was vague, yet given that Öztürk apologized for offending people after a phone call considered as PKK propaganda on his TV show, it was interpreted by some that Kılıçdaroğlu was describing the government and the state as children murderers. Recently, there have been reports by PKK-affiliated news outlets, whose sources are unknown, that security forces are killing civilians and children.

Aside from Kılıçdaroğlu's statement, which did not cite the PKK yet accused the state, some 1,128 academics co-signed a controversial declaration. These academics from Turkish universities and universities abroad co-signed a declaration that harshly criticizes the government for its operations, while not holding the PKK responsible for their deadly attacks on security forces and civilians.

The declaration did not reference the PKK, instead slamming security forces for allegedly "violating human rights." The group also asserted that their efforts in this regard would continue in the international arena, as well.

Both Kılıçdaroğlu's statement and the declaration of the academics were interpreted as not being in solidarity with Turkey, at a time when the country is faced with terror threats not only from the PKK terrorist organization, but also DAESH as well as the DHKP-C.

Justice Minister Bekir Bozdağ slammed the CHP leader for not striking an attitude against the PKK and its deadly terror attacks. Bozdağ said, "[When] there is a problem between Turkey and Israel, they support Israel. We have an issue with Russia. [They say] Russia is right. Assad is right. Iraq is right. The CHP always sides with those who oppose Turkey."

Speaking to Daily Sabah on the issue, Melih Altınok, a columnist for the Sabah daily and Daily Sabah and also a TV presenter on the ATV channel, said the CHP should side with the Turkish people if not with the state, because both Turkish and Kurdish people are damaged by terror.

"The CHP is far from the people. The CHP abstains from siding with the people, while innocent people and civilians are slain by the PKK in the southeast," Altınok asserted, adding that Kılıçdaroğlu should clarify his statement on Tuesday about which elements there are in the southeast that kill children and civilians.

Recalling Kılıçdaroğlu's statement on Tuesday when he condemned whoever claims the lives of civilians in the region, Altınok questioned his sincerity about whether he can openly cite the PKK terrorist organization.

Stressing that the declaration by the academics and Kılıçdaroğlu's statement are similar, Altınok said: "The state needs support, yet the people need it even more. Academics and the CHP leave the people alone and isolate them by not standing against the [PKK] organization, which is hostile to the country and kills children as well as civilians."

Hikmet Genç, a columnist for the Yeni Şafak daily, also spoke to Daily Sabah and railed at the CHP and academics that he considers to be speaking the same language. "The CHP and academics made statements spreading the propaganda of the PKK, while security forces are conducting their operations without harming civilians. These are all slanders," Genç said, adding that such statements cannot be tolerated in any country in the world.

"There is a thick line between treason and opposition. Despite that, the CHP knows no line in this regard. The CHP thinks it performs its duty better as an opposition party when the state is in a tough spot," Genç argued. "I condemn it," he said, adding that the CHP is experiencing ideological blindness.

Genç bashed the CHP on the grounds that it uses terror attacks for its own political interests. "They are speaking in accordance with the goals of the terrorist organization," he said, adding that the CHP lacks a national stance and strikes a negative attitude towards Turkey, both at home and abroad.

Touching on the declaration that was co-signed by some 1,128 academics, Genç contended: "No true intelligentsia would degrade their own country like this. It is very saddening. I think that they have committed a crime, which should not be tolerated."
RELATED TOPICS