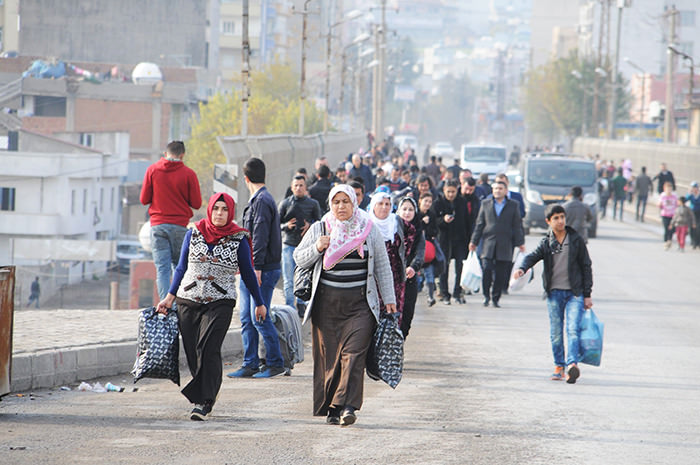 by Mehmet Çelik Jan 14, 2016 12:00 am
A recent survey conducted by the market research company Objective Research Center (ORC) has revealed that 78.9 percent of Turkey's Kurdish population is against a proposed "self-governance" or decentralized system which would offer an element of regional autonomy to Turkey's Kurds, as proposed by the Peoples' Democratic Party (HDP) and PKK terrorist organization.

The research was conducted by surveying 3,197 people between Dec. 27 and Jan. 6 in 23 provinces, regions that are predominantly Kurdish.

The survey showed that while 84.5 percent of those who participated in the research supported the reconciliation process, more than 80 percent opposed the ditches dug in Turkey's southeastern districts by PKK terrorists, and 69 percent described the PKK as a terrorist group. In addition, 70.8 percent of the Kurdish population considered the HDP as politically affiliated with the PKK terror organization, while 61 percent disagreed with the statement that the HDP is the sole representative of the Kurdish population.

Formed in 1978, the PKK has been fighting Ankara for an independent state until the early 2000s. The group then shifted its goal to autonomy in predominately Kurdish inhabited regions of Turkey. The PKK, which the U.S. and EU also consider a terrorist organization, resumed its 30-year armed campaign against the Turkish state in late July following a two-year ceasefire.

The HDP lost nearly 10 percent of its votes in the Nov. 1 general elections relative to the June elections, a downfall which analysts blame on the party's rhetoric, specifically their support for PKK terrorism.