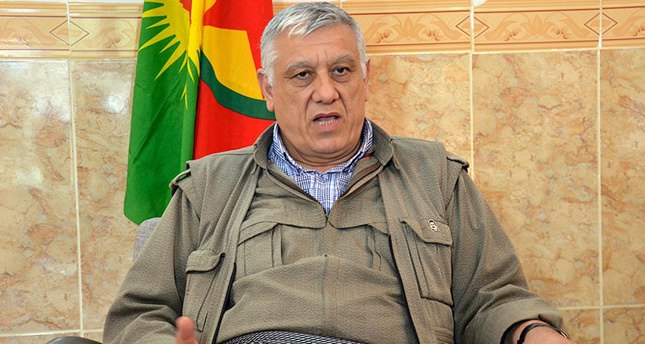 He also contended that NATO member states should no longer provide military assistance to Ankara.

When asked about Turkey's role as a significant and indispensable partner of NATO and the EU, Bayık took a step back and said: "We do not want EU member states or NATO to end their relations with Turkey. We do not expect EU member states to neglect their own interests anymore." However, he demanded the EU and NATO not ignore the PKK.

Bayık and the PKK had reportedly been in contact with U.S. officials, asking for possible mediation talks. In late August, Bayık spoke with the British Daily Telegraph newspaper and hinted at secret meetings with the U.S. over potential talks. "Of course there are messages, there are meetings, letters, and there are likely to be more," he said.

However, Ankara firmly denied any possibility that the U.S. or any other country would engage in talks with the PKK. A senior officer from the Prime Ministry told Daily Sabah in August that Turkey does not need a mediator, asserting that the PKK's withdrawal from Turkey and disarmament is the only way to solve the problem.

It remains a mystery whether the PKK's call on Austria and Germany will be heeded, yet Ankara's resolute stance on counterterror operations and reluctance to engage in mediation talks make Bayık's call nearly impossible.

Security forces killed 12 PKK terrorists in the southeastern district of Cizre, the military said in a statement on Sunday.

The Turkish General Staff said Saturday's deaths in Cizre, on the Syrian border, brought the total number of terrorists killed in the district since counterterror operations were launched across southeastern Turkey on Dec. 15 to 320.

On Tuesday the military reported that 578 PKK terrorists have been killed since operations began in five districts in the provinces of Diyarbakır, Şırnak and Mardin.

The PKK, which Turkey, the U.S. and EU consider a terrorist organization, resumed its 30-year armed campaign against the Turkish state in late July last year. Since then, more than 200 members of the security forces and thousands of PKK terrorists have been killed in operations in Turkey and Northern Iraq.
Last Update: Jan 18, 2016 1:12 am
RELATED TOPICS