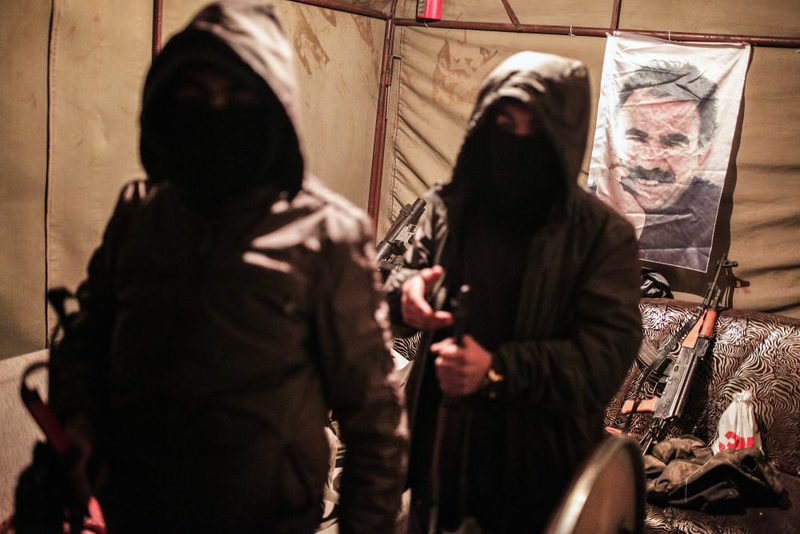 by daily sabah Jan 25, 2016 12:00 am
Kurds who voted for the Justice and Development Party (AK Party) will be brought to account, one of the PKK's leaders, Muzaffer Ayata, said in a column in the PKK-affiliated Yeni Özgür Politika daily. Ayata threatened Kurds who voted for the AK Party with having to answer for their choice of vote. "Traitors [who voted for the AK Party] probably think that they will not be brought to account and therefore continue to be fed with bones thrown in front of them," Ayata said. He also argued that these people will be remembered for their betrayal and damnation. "These people will not forget these days and traitors," he added.

Slamming Kurdish AK Party voters for not taking part in the PKK's bloody strategy to take the war to urban areas, Ayata called on them to "at least not aid and abet." He also urged them to leave the AK Party for good.

Senior PKK leader, Cemil Bayık, previously asked all Kurds to vote for the Peoples' Democratic Party (HDP), which some accuse of being the political wing of the PKK. "I know that they will accomplish their goals and fulfill their responsibilities as they did in the past. They will vote for the HDP to fulfil their responsibilities, just as they supported our struggle, which has come to this day because of their backing, because their efforts are starting to pay off," Bayık said.

Pointing out that the HDP received more than 60 percent of the vote in southeastern districts where the PKK is the most powerful, Bayık said: "The claims that the HDP must detach itself from the group or show its stance against the group's activities are nonsense."
RELATED TOPICS