We explained to Mr. Biden how PKK and PYD cooperate in terror attacks: PM Davutoğlu 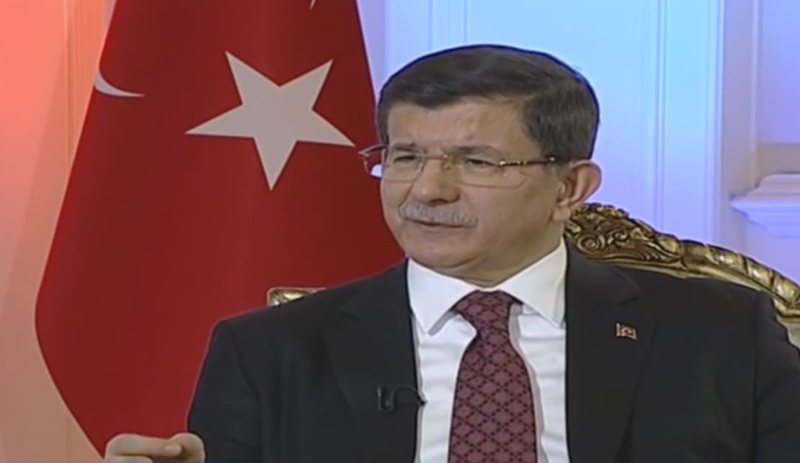 Stating that the PYD has not been invited to the Syria peace talks in Geneva, Davutoğlu said "We don't want the PYD to participate in the peace talks because it's a terrorist organization, it's the Syrian branch of the PKK that has killed thousands of our Kurdish brothers."

Adding that the PKK had tried to implement PYD's terror tactics in the districts of Silopi and Cizre in southeastern Turkey where inhabitants suffer tremendously from terror, the PM said that even pro-PYD spheres had started to reevaluate the group's participation in the peace talks.

Davutoğlu also said that a solution with the PYD would not help stop the atrocities in the war-torn country.

While Ankara asserts that the YPG is affiliated with the PKK, a designated terrorist organization by the U.S., EU and NATO, Washington does not share Ankara's concern.

The U.S. also provided arms to the YPG in October, which drew heavy criticism from Ankara. The U.S. air force dropped 50 tons of arms and ammunition to the YPG in the northern Syrian province of al-Hasakah. The 112 pallets reportedly contained ammunition for M-16s and AK-47s.

Defending the YPG because of its fight against Daesh on Syrian ground, Washington continues to read from a different page than Ankara concerning the YPG. Even though the U.S. says the YPG is the only effective force fighting Daesh on the ground, Ankara reiterates that there cannot be any distinction of good or bad terrorist organizations.
Last Update: Jan 28, 2016 9:06 pm