Swiss use tear gas, rubber bullets to break up PKK rally outside Turkish consulate in Zurich 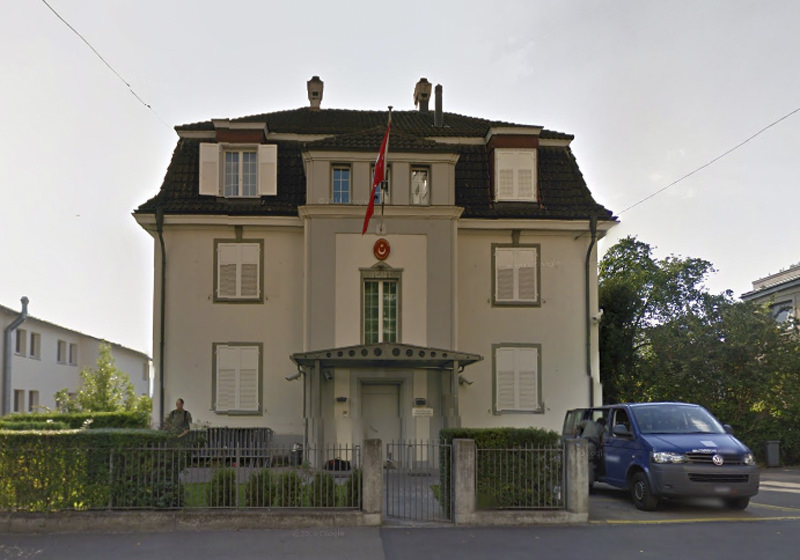 by Daily Sabah with Reuters Feb 08, 2016 12:00 am
Zurich police used tear gas and rubber bullets to try to break up a group of around 100 supporters of the PKK terrorist organization holding an unauthorised demonstration outside the Turkish consulate in Switzerland's financial capital on Monday.

Police said the crowd threw stones, flags and other objects at the building, forcing authorities to seal off the area. One person was detained in the incident, which followed a largely peaceful march by demonstrators through downtown Zurich in the morning.

Renewed violence in Turkey has come in the wake of the July 20 Suruç bombing which was carried out by Daesh and left dozens of people dead. The subsequent PKK-linked murder of two Turkish police officers at their home sparked a new wave of conflict in the country.

Formed in 1978, the terrorist group has been fighting the Turkish government for an independent state until the early 2000's. The group then shifted its goal to autonomy in predominately Kurdish inhabited regions of Turkey.
Last Update: Feb 08, 2016 8:25 pm
RELATED TOPICS