An intense agenda awaits Parliament in the first days of 2015 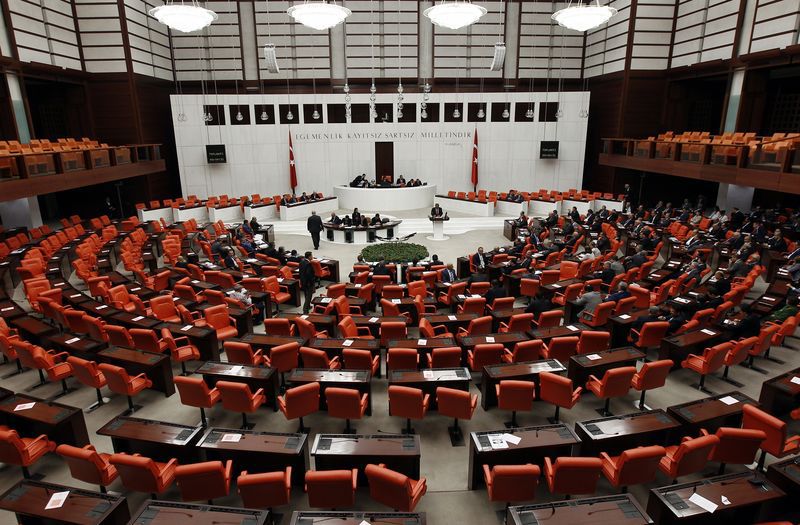 by Ali Ünal Dec 31, 2014 12:00 am
Parliament is getting ready to work through a busy agenda at the beginning of 2015. After the break following the approval of the 2015 budget, deputies in Parliament will primarily work on the investigation of four former ministers in the first days of 2015. The Inquiry Committee of Parliament and then the General Assembly will decide whether former Economy Minister Zafer Çağlayan, former Interior Affairs Minister Muammer Güler, former Urbanization Minister Erdoğan Bayraktar and former EU Minister Egemen Bağış will be referred to the Constitutional Court for prosecution.

The Inquiry Committee of Parliament is expected to meet and have a vote on the four former ministers' situation on Jan. 5 at 11:00 a.m. Whether there will be an open or secret ballot process is not clear yet.

Alongside the committee, it is expected that the investigation will be discussed in the General Assembly and depending on the date of the committee's report, sending the ministers to the Constitutional Court to be prosecuted for corruption will be voted for on January 29 at the latest. If members of Parliament approve the report with an absolute majority of 276 votes in the 550-seat Parliament, then the four former ministers will be tried at the Constitutional Court.

In addition, the Package of Interior Security constitutes an important place on the agenda. Prescribing some amendments in the Law of Police Powers, the proposed law will be discussed in the first days of January. In addition to that, proposed laws including some regulations on retail trade, occupational health and safety, protection of animals, protection of patent rights, exterior security of jails and military laws are expected to pass into law during the first days of debates.

Two crucial issues in society, violence against women and problems of seasonal agricultural workers will be discussed in Parliament and two separate commissions on these issues are expected to be established at the beginning of January.

Parliament will work for three months in the new year since parliamentary elections are scheduled for June 7.