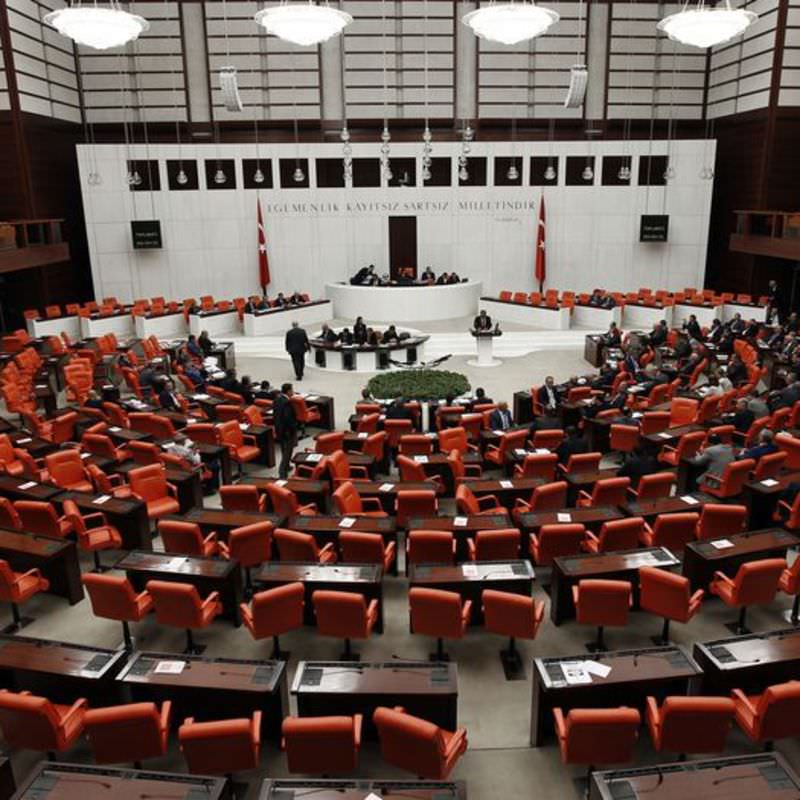 by Merve Aydoğan
Feb 09, 2015 12:00 am
The Turkish Grand National Assembly (TBMM) is expected to continue discussing the newly introduced Domestic Security Reform Package this week. Parliament will convene on Tuesday to further discuss the sections of the newly drafted bill.

The reform bill, which was prepared in line with European standards of security, freedoms and security regulations, will be discussed on February 10 in five sections. The sections include police powers, the gendarmerie, laws of duties and authorities, a civil registry services act and modifications to legislative decrees and are on the list of topics that will be discussed starting today. According to the draft, which includes 132 items that are considered major reforms, a security officer in charge can be authorized to search an individual and his or her belongings in case of an emergency if there is reasonable suspicion. However, the officer will be expected to provide official documentation regarding the case at the time of the search. In addition, during any gathering or protest, participants will be forbidden to carry fireworks, Molotov cocktails and slingshots. Police officers will be authorized to use lethal force against individuals who attack schools, public buildings and worship areas with Molotov cocktails, explosives or any other weapon.

Furthermore, with the new bill, those involved in the promotion of terror and those who cover their faces fully or partially during protests could be sent to prison for five years. Turkey's police academy will also be closed under the new bill, and individuals who wish to become police officers must be no older than 28.

The reform of the gendarmerie and the Coast Guard Command was mentioned in the EU's 2013 progress report in which the restructuring of the gendarmerie force was classified as a medium-term target. One of the reforms of the gendarmerie is to have the Interior Ministry make appointments rather than the General Staff. Also, via this new bill, the government aims to end military tutelage and provide a more democratic approach by government institutions. In addition to the new reform package, Turkish citizens will no longer to be required to obtain the court's permission to change their first or last names. The domestic security reform package that is expected to be finalized within the week will continue to be discussed until February 13.

The Planning and Budget Commission is to discuss modifications regarding the recently introduced proposals continuing to February 11. The parliamentary Research Commission for Domestic Violence against Women will hold a meeting on February 10 with representatives from organizations such as the Radio and Television Supreme Council (RTÜK), Anadolu Agency and Turkish Radio Television (TRT) and will address key issues such as the media's role and the language used by the media.