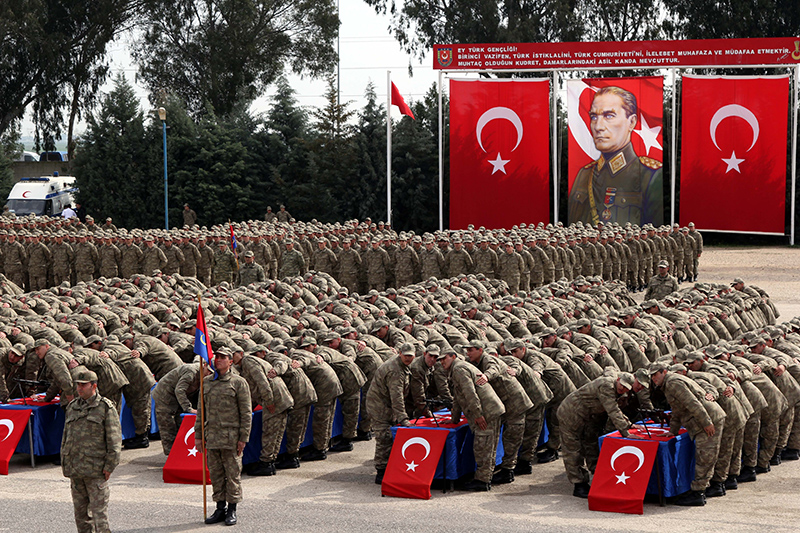 by Ali Ünal Mar 10, 2015 12:00 am
The Domestic Security Reform Package has been discussed in Parliament for 21 days, and so far 52 articles out of 132 have passed. Amid strong resistance from opposition parties, one of the articles of the package that was accepted in the early morning on Monday is considered a significant milestone for Turkey's demilitarization process.

Turkey's gendarmerie forces, responsible for ensuring public order in remote areas outside of the jurisdiction of the Turkish National Police and, according to the article accepted by Parliament within the Domestic Security Reform Package, the control of the gendarmerie will transfer from the Turkish Armed Forces (TSK) to the Interior Ministry.

Reformation of the gendarmerie was voiced by the EU in last year's progress report, and restructuring the gendarmerie force was classified as a medium-term target. According to the current legislation, the Gendarmerie Command theoretically functions under the Interior Ministry, but the promotions and dismissals inside the gendarmerie are decided by the General Staff.

The demilitarization of the gendarmerie forces will mean that the institution will work as two separate forces completely integrated with the governorships of provinces. It is predicted that the gendarmerie forces responsible for domestic security will turn into professional local forces while the other unit will be responsible for ensuring security along the border and at customs gates.

Through this reform, the government aims to end tutelage by the military and provide a more democratic approach by government institutions. Along with the appointment reform, the gendarmerie will be provided with a special uniform designated by the Interior Ministry that will combine elements of civilian appearances of officials.

Although the Domestic Security Reform Package has been mentioned due to its reforms that aim for tight security measures, it also includes major reforms in civil rights. Currently, citizens are required to obtain the court's permission to change their first and last names, which the package will no longer require. Additionally, through a more practical and speedy system, the reform package would provide foreigners without a residency permit with ID numbers.

Through this reform foreigners such as Syrian refugees will be able to attend schools and make use of banks without any problems. The reform package includes about 42 points that also include regulations for the disabled, elderly and ill citizens to be able to give legal testimony from home rather than at a courthouse or police station.