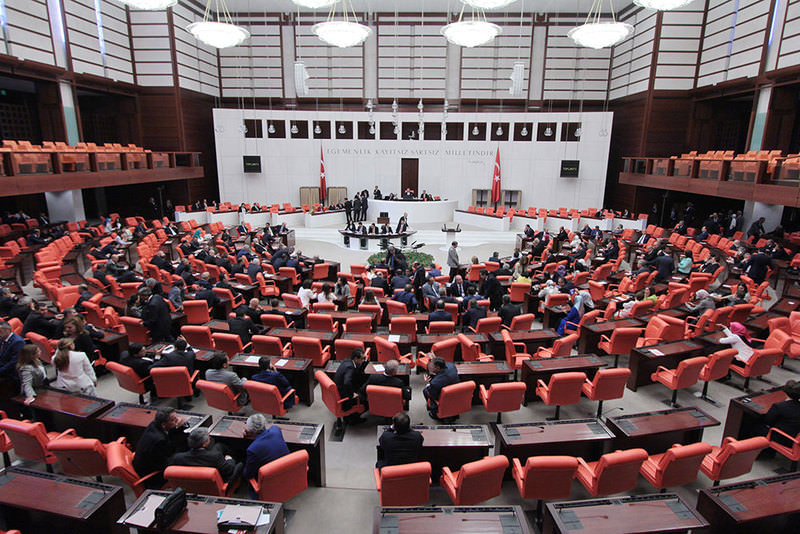 by Daily Sabah Jul 01, 2015 12:00 am
AK Party's İsmet Yılmaz became the new Parliament Speaker on Monday as he received 258 votes in the fourth and final round of the election.

As none of the candidates managed to receive the required votes of 276 in the third round, the election was held for a last and final round.

In the fourth round, a simple majority was required to elect the new parliament speaker among the two leading candidates of the third round.

AK Party's İsmet Yılmaz received 258 votes in the fourth round, which is equal to the number of AK Party deputies. CHP's Deniz Baykal received 182 votes, receiving an additional 50 votes from deputies of different parties. 29 votes were casted blank, while 78 votes were declared void.

Yılmaz, 53, served as the Undersecretary of Maritime Affairs at the Ministry of Transport and Communication between 2002 and 2007. Prior to the 2007 general elections, he briefly served as a neutral minister of due to Turkey's electoral legislation. He was then appointed as Undersecretary at the Ministry of Culture and Tourism in 2007, and continued his duty until he was elected as Sivas deputy from AK Party in the 2011 general elections.

Up to this day, İsmet Yılmaz served as the Minister of National Defense in the third Erdoğan and first Davutoğlu cabinets.

As the Nationalist Movement Party (MHP) declared earlier today that they will use blank votes in a possible fourth round, AK Party's Yılmaz was already the closest candidate to claim the title, even if some of the deputies of the Peoples' Democratic Party (HDP) supported Baykal in the fourth round.

All parties had earlier declared that they will support their own candidates for the third round, so as was expected, İsmet Yılmaz, the candidate of the ruling Justice and Development Party (AK Party), and Deniz Baykal, the candidate of the Republican People's Party (CHP) proceeded into the final round.

Here are the results in all four rounds: 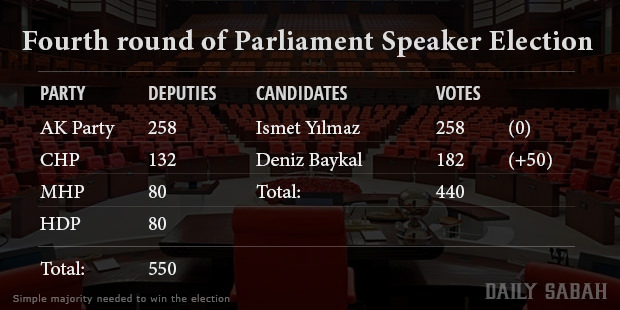 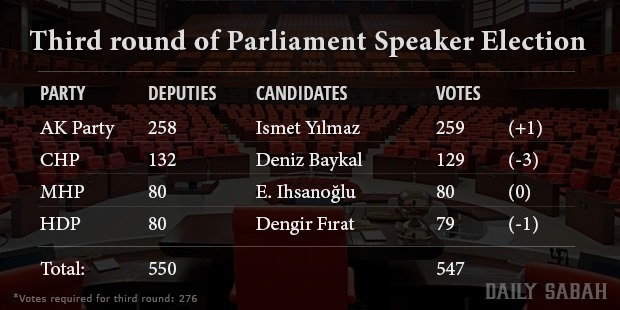 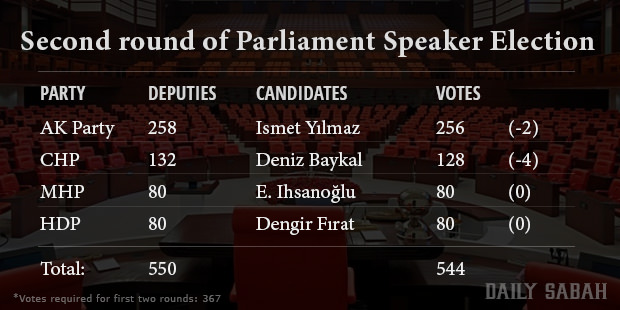 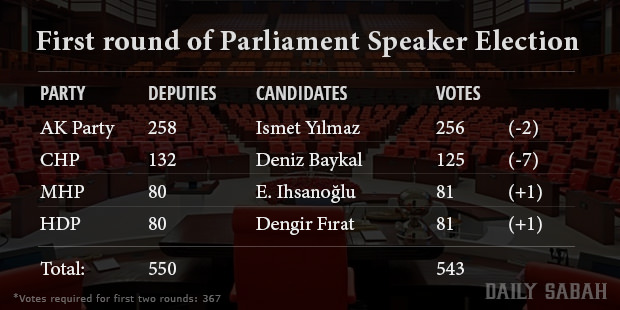