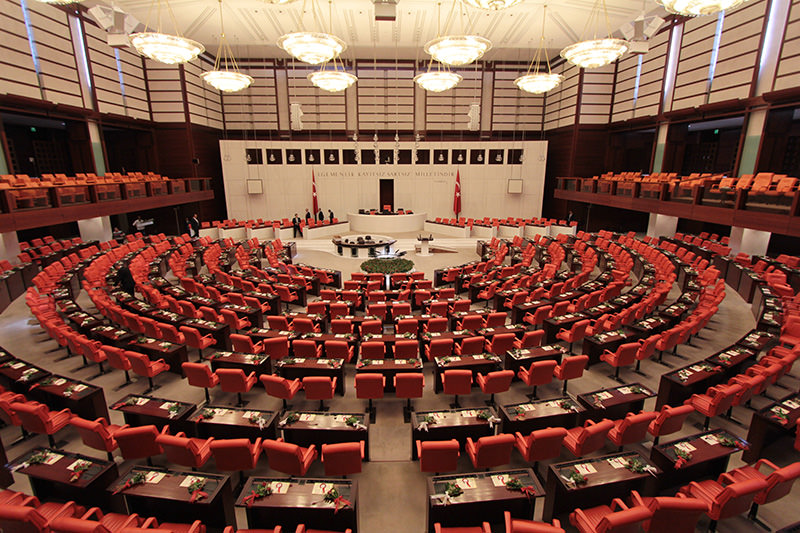 by Daily Sabah Aug 22, 2015 12:00 am
Turkey's parliament also known as the Grand National Assembly of Turkey (TBMM) has broken a record for 'shortest working hours' between two elections, as the country is preparing to hold early elections on November 1, after the failure to form a coalition government.

While the results of June 7 elections had unprecedented implications for the parliament in terms of diversity and representation, it also meant that 369 deputies who were elected spent the least amount of time working by convening for only eight times, 22 hours and 23 minutes in total.

İsmet Yılmaz, who previously served as the defense minister will also be the parliament speaker with shortest period served in office.

The June 7 elections produced the most diverse Parliament in Turkey's history and enabled greater representation for minority communities, women and the disabled. The percentage of women in Parliament rose from four percent to 18 percent, which is the highest rate ever in Republican history.

Turkey held general elections on June 7 to choose its legislators for the country's 25th Parliament, shaping the future of Turkish politics. The two significant outcomes of the elections were that the AK Party, which was vying for a fourth term of single-party power, had a clear victory but failed to secure the 276 seats required to form a majority government, and the pro-Kurdish Peoples' Democratic Party (HDP)'s attempt to pass the 10 percent national election threshold to make its way into Parliament, by receiving 80 seats in the parliament.

Since the bare minimum to retain a simple majority in Parliament was not achieved, the AK Party started looking for a coalition partner to form a government, which appeared to be a tough undertaking, taking into consideration the rigid differences between the policies of the parties in Parliament and talks to establish a coalition government have failed.