by Daily Sabah with AA Aug 28, 2015 12:00 am
Turkish Prime Minister Ahmet Davutoğlu announced his interim Cabinet on Friday, after President Recep Tayyip Erdoğan assigned him to form a caretaker government. In the new cabinet, Tuğrul Türkeş who accepted Davutoğlu's offer contrary to his party's (Nationalist Movement Party - MHP) policies, has been appointed as deputy prime minister, while Nihat Zeybekçi was chosen as the Minister of Economy and Mehmet Şimşek as the Minister of Finance.

Davutoğlu submitted the composition of the new government to Erdoğan at 7.10 p.m. local time.

Since Tuesday, the prime minister has been making efforts to form a provisional government that will run Turkey until early election is held on Nov. 1.

The June 7 election saw a stalemate with no party winning the majority necessary to form a single party government. Coalition talks between the Justice and Development Party (AK Party) and the other three parliamentary parties had not produced any result.

All but one party - the pro-Kurdish Peoples' Democratic Party - had refused to join the caretaker government.

There are 25 ministry positions in the Turkish government. Three vital portfolios - interior, transport and justice - will be allotted to non-partisan figures while 11 posts were to go to the AK Party with opposition parties supposed to take the remaining 11.

Davutoğlu announced the list of members of the interim Cabinet at a press conference in Ankara which is as follows: 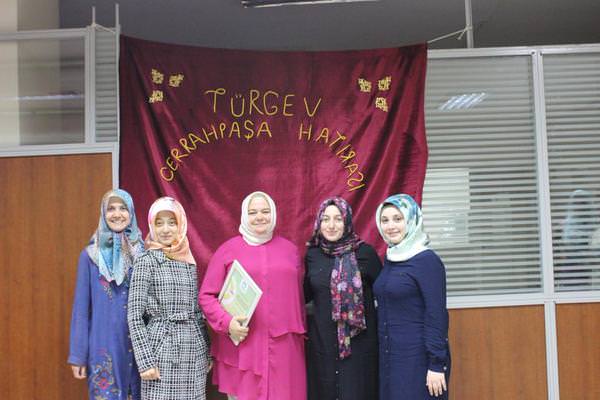 Minister of the Interior - Selami Altınok

In total, there are 14 ministers, including the prime minister from the Justice and Development (AK) Party; two from the pro-Kurdish Peoples' Democratic Party (HDP) and one from the Nationalist Movement Party (MHP) in the interim government. The rest of the 9 ministers are all non-parliamentarians. The list of interim Cabinet has also been announced in Turkey's official gazette.

Among new names in the interim Cabinet is the son of a founding member of a political party which had officially announced not to take part in the caretaker government and also Turkey's first headscarf wearing minister.

Following is a brief profile of the new ministers:

Türkeş is an elected lawmaker from the MHP. He is the son of the late MHP founder Alparslan Türkeş. He was born in 1954 in Istanbul and graduated from the Ankara-based Hacettepe University's Faculty of Economics and Administrative Sciences. The MHP had officially announced not to take part in the caretaker government.

Doğan is an elected lawmaker from the HDP. The 56-year-old served for many years at Turkey's Social Security Institution at several posts.

Konca is another HDP lawmaker. He was born in 1947 in eastern Mus province. He graduated from Ankara University's Faculty of Law and served as district governor for years, which later ended with the 1980 military coup in Turkey. Following the coup, he was given his office again.

Gürcan is the first headscarf wearing minister in the history of the Republic of Turkey. She previously served as an academic at the Istanbul Trade University's Department of Educational Sciences.

She also served as head of General Directorate of Family and Social Research in the past. She was born in southwestern Burdur province and has three children.

Sinirlioğlu has been a long-standing diplomat at the Ministry of Foreign Affairs. He was serving as an undersecretary at the ministry before he was given the interim post.

He served as Turkey's ambassador in Tel Aviv between 2002 and 2007. He graduated from Political Sciences and International Relations at the Istanbul-based Bogazici University.

Yılmaz is an elected AK Party deputy from Diyarbakir. He was the development minister in the previous cabinet. He was born in Bingol in 1967.

Topçu was born in Ardahan in 1957. He was among the founders of the nationalist Great Union Party (BBP). He became the BBP chairman in 2009. He resigned from the party in February 2014.

Arzu is a deputy from the AK Party. He was born in Diyarbakir in 1955. He was the deputy minister of Agriculture in the last government.

Aşçı was previously the undersecretary of the ministry. He served at several posts in the ministry since 1989. He was born in central Aksaray province in 1967.

Altınok was before the acting head of the Security Department of Istanbul.

Alaboyun is an elected AK Party lawmaker. He was born in Aksaray province in 1957. Before, he served as the Turkish group chairman of the NATO Parliamentary Assembly.

Erdem previously served as adviser at the Prime Ministry and undersecretary of the Labor and Social Security Ministry. He was born in northern Tokat province in 1956.