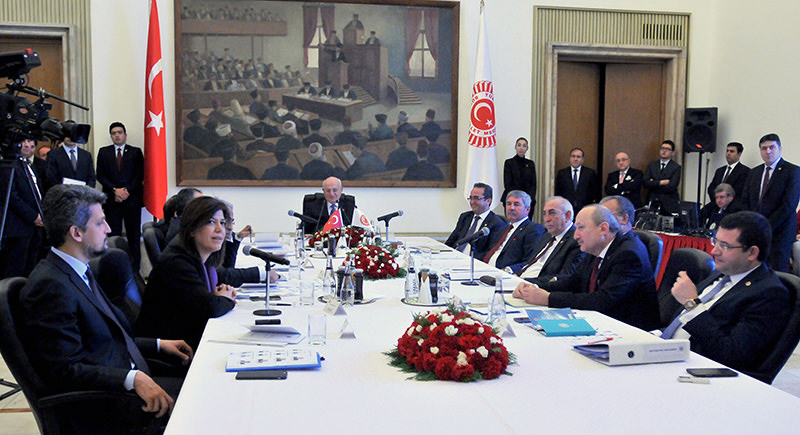 Kahraman said that the work to be carried out for the new constitution will soon be successfully completed: "I believe we will write a civil constitution that will shape new Turkey's future."

He said that the current 1982 Constitution was "inherited from the Sept. 12 [1980] coup," which constitutes an impediment for many legislative regulations and creates the need for a new, permanent and genuine document.

"I believe that we will complete the constitution-making process by putting common sense into action. With the work that was done in the 24th legislative session, despite not being completed, significant experience was gained by our commission."

Speaking after Kahraman, former Parliament speaker and ruling Justice and Development Party (AK Party) deputy Cemil Çiçek said either they will make a new constitution or be labelled as even less capable than the coup makers.

"Perhaps the most effective part of this 1982 Constitution is the continuation of these debates. This commission is our main purpose. The choice is simple: Either we will be stigmatized as more incapable than the coup perpetrators or we will [successfully] prepare this constitution."

While the strategy for all four major political parties is to avoid being the first to leave the table, the topic of a presidential system will most likely be the main topic of disagreement during the talks. The parties had previously agreed on 60 articles for a new constitution in a previous iteration in the 24th legislative session.

Due to the precedent set during the previous commission, the AK Party administration has set a six-month time limit for the meetings to avoid deadlock. However, previous statements from opposition parties indicate that they will not accept any time limit for the process. The AK Party administration further indicated recently that opposition parties should not have redlines for the talks and that they should leave their biases out of the meetings.