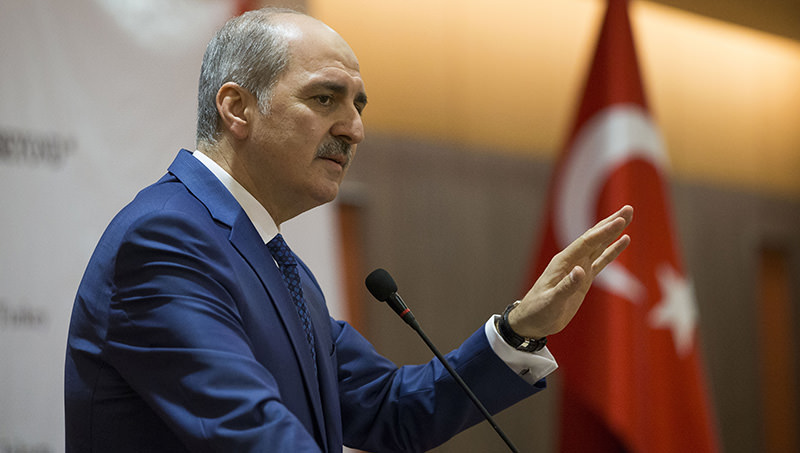 Drafting a civilian constitution is the responsibility of all four political parties in Turkey, Deputy Prime Minister Numan Kurtulmuş said on Thursday, as the main opposition Republican People's Party (CHP) refused to return to the constitution conciliation comission.

Speaking in a live interview on NTV, Kurtulmuş said that all political parties are responsible for contributing to the new constitution, which he said was as necessary for Turkey as the human body needs water.

The Constitution Conciliation Committee has 12 deputies, three from each of the four parties in Parliament, who first met on Feb. 3 in a bid to write a new constitution to replace the current one that dates back in parts to Turkey's military regime of the 1980s.

''We can sit down and work on it for a while and if we cannot find a common ground then we can present our proposal as the AK Party,'' Kurtulmuş said, and underscored that the issue was about reaching a consensus rather than 'just numbers.'

The CHP left the Constitution Conciliation Committee at the committee's third meeting in February due to the debate on switching to a presidential system.

The Nationalist Movement Party (MHP) has also said that they will not participate in the process if the CHP does not return to the table.

Both President Recep Tayyip Erdoğan and Parliament Speaker İsmail Kahraman urged party leaders in Parliament to cooperate in forming a new constitution after the CHP left the table.

Kurtulmuş also praised German Chancellor Angela Merkel's stance regarding the refugee crisis and commended her for taking on leadership responsibilities.

''Germany assumes a leadership role as it sees the dimensions of the danger,'' Kurtulmuş said, referring to the ongoing refugee crisis where millions of people are displaced and are heading to other countries to seek refuge.

The deputy prime minister continued by saying that Turkey cannot solve the refugee problem by itself, while he noted all countries should support the United Nations to find solutions.