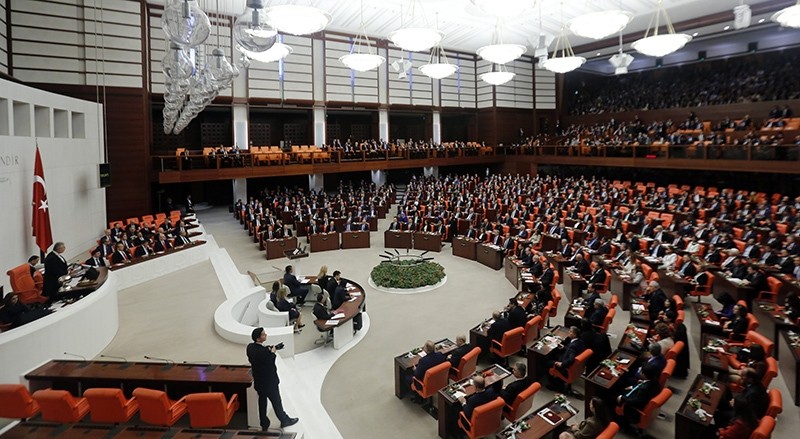 President Recep Tayyip Erdoğan signed Law No. 6178 to lift certain deputies' parliamentary immunities after it passed Parliament with 376 votes on May 20, giving way to a constitutional amendment on Tuesday. Currently, there are 800 dossiers, 682 of which are for deputies in Parliament and 118 on people in the Justice Ministry.

Following the announcement of the constitutional amendment in the Official Gazette, Parliament will deliver the dossiers of the deputies whose immunities were lifted to the Prime Ministry and then to the Justice Ministry. Within the next 15 days, the Justice Ministry will send the 800 dossiers to the prosecutor's offices they originated from.

The prosecutor's offices will launch extensive investigations for each dossier, conducted accordingly with Turkish Criminal Law and Law of Criminal Procedure (CMK). Evidence will be collected and statements will be taken as prosecutors and the court will have the authority to decide if actions such as taking into custody, conducting searches or arrests will take place or not throughout the investigations. According to the Justice Ministry's notice, "Transactions Concerning the Lifting of Legislative Immunity," the related chief prosecutor of the Republic or their deputy chief prosecutors will conduct the investigations. The prosecutors will further have the authority to decide which deputies out of the 152 will be sued or have a bill of indictment prepared against them, as nonsuiting will also be an option.

However, the lifting of parliamentary immunities only paves the way for trials and membership in Parliament will only be cancelled in the case of convictions or restrictions in the General Board of Decision and the General Assembly.

The constitutional amendment concerns 152 deputies who have had dossiers filed on them, which include 57 from the Republican People's Party (CHP), 55 from the Peoples' Democratic Party (HDP), 29 from the Justice and Development Party (AK Party), 10 from the Nationalist Movement Party (MHP) and independent deputy Aylin Nazlıaka. Currently, 800 dossiers are filed and 511 of them on members of the HDP, 211 from the CHP, 50 from the AK Party, 23 from the MHP and five on Nazlıaka.