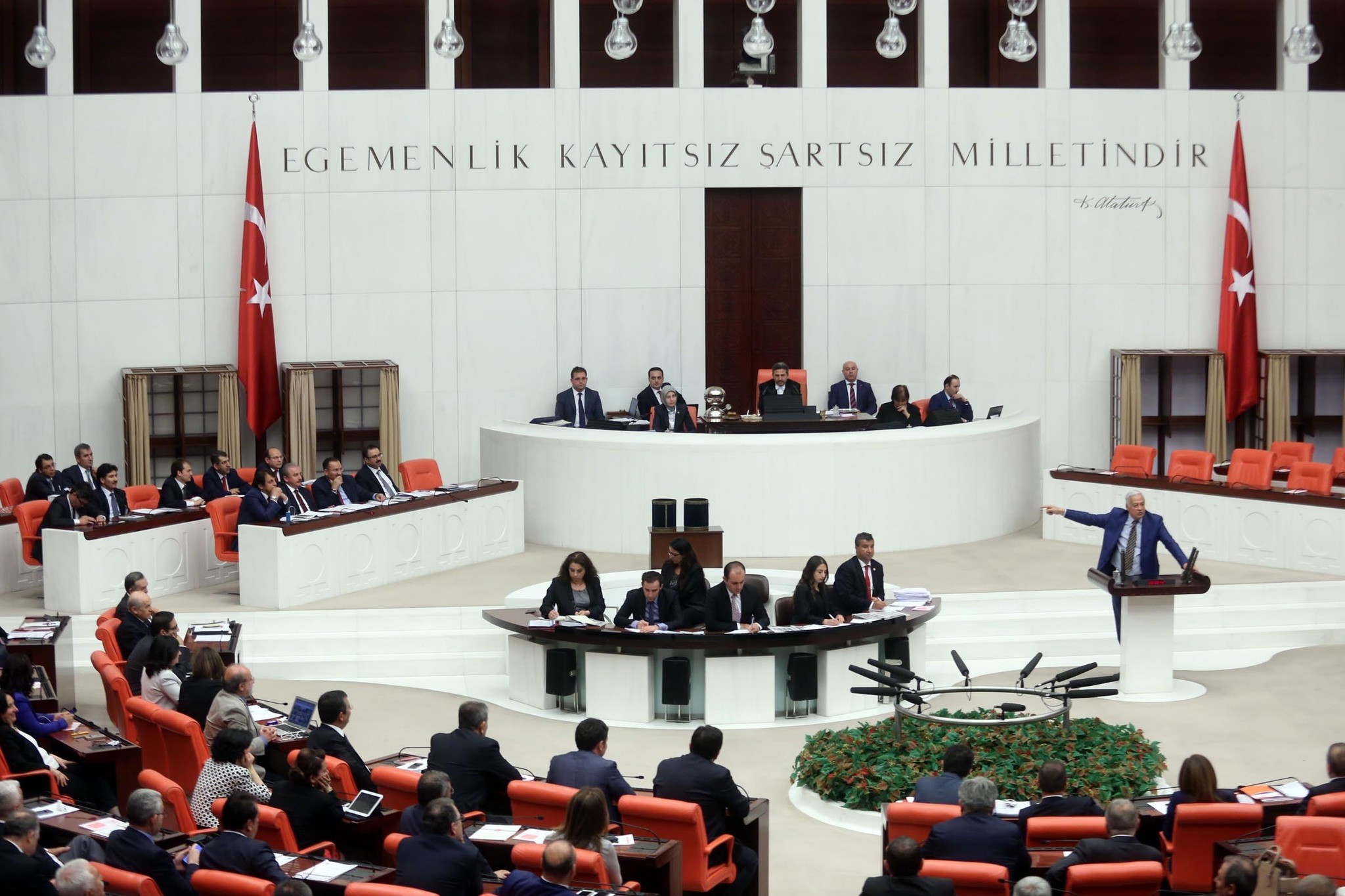 The files of 57 deputies have been sent to prosecutors for judicial proceedings, according to Justice Minister Bozdağ, who also said that main opposition CHP deputies have visited 81 terrorists in prison since January

Justice Minister Bekir Bozdağ said on Friday that the files of 57 deputies whose immunities will be lifted with President Recep Tayyip Erdoğan's signing of Law No. 6,178 after it passed Parliament with 376 votes on May 20 have been sent to prosecutors for judicial proceedings.

Speaking in a televised interview, Bozdağ said the Justice Ministry has 57 files that were sent to the relevant prosecutors on Thursday. "Files that will be sent from Parliament are going to be submitted to prosecutors as well. Those prosecutors will continue the investigation after they receive these files," he said, adding that the immunity of a total of 152 deputies has been lifted along with the 799 files associated with the deputies with an announcement of the constitutional amendment in the Official Gazette. According to protocol, the prosecutor's offices will launch an extensive investigation for each dossier, conducted in accordance with Turkish Criminal Law and the Law of Criminal Procedure (CMK). Evidence will be collected and statements will be taken with prosecutors and the court having the authority to decide what actions will be taken. Deputies could be taken into custody, searched or placed under arrest as the investigation continues. However, the lifting of parliamentary immunities only paves the way for trials and membership in Parliament will only be cancelled in the case of convictions or restrictions in the General Board of Decisions and the General Assembly.

The constitutional amendment regards 152 deputies who have had dossiers filed against them, including 57 from the Republican People's Party (CHP), 55 from the Peoples' Democratic Party (HDP), 29 from the Justice and Development Party (AK Party), 10 from the Nationalist Movement Party (MHP) and independent deputy Aylin Nazlıaka. Currently, 800 dossiers have been filed, 511 of which affect members of the HDP, 211 from the CHP, 50 from the AK Party, 23 from the MHP and five dossiers that affect deputy Nazlıaka.

Bozdağ said that CHP deputies have visited 81 terrorists from various groups in jail so far this year, adding that all of them were not "sick", and refuting the recent remarks by CHP Chairman Kemal Kılıçdaroğlu.

Kılıçdaroğlu said in a live television interview on Tuesday that he visited PKK and Revolutionary People's Liberation Party Front (DHKP-C) terrorists in prison and that his party has made no exception. His comments brought a backlash on Wednesday at the funeral of two officers who were killed in Tuesday's car bombing in Istanbul.

He also indicated that similar visits were also paid in 2014 and 2015 with the average number of visits in the last three years being 164.