New constitution will be made in collaboration with opposition parties, PM Yıldırım says 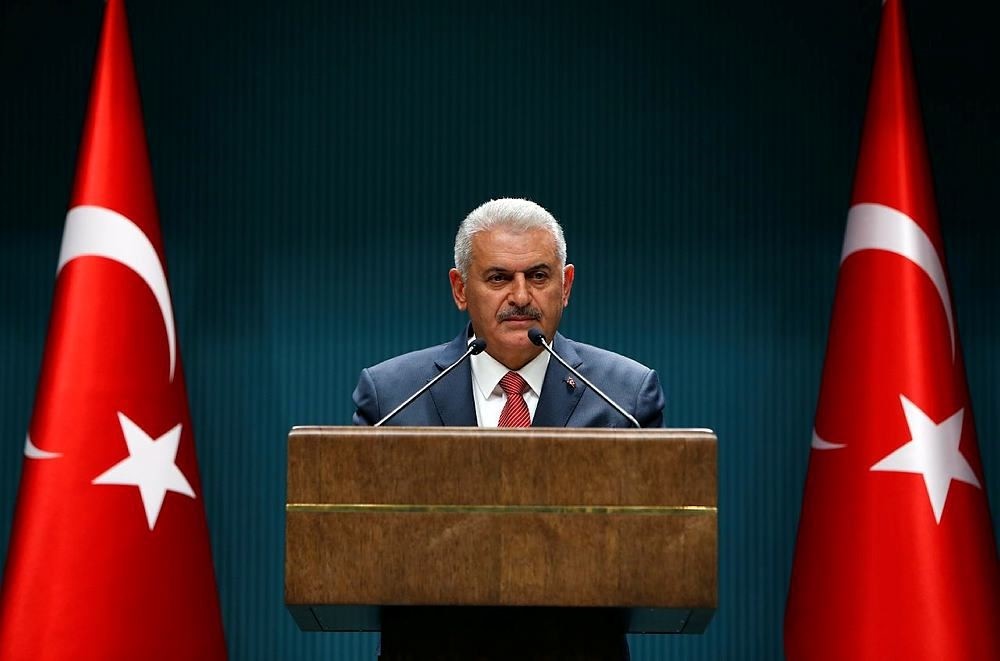 Prime Minister Binali Yıldırım said late Monday that the process to draft the new constitution had been commenced.

Speaking after the meeting of Council of Ministers in the Presidential Complex in Ankara, he said that the ruling Justice and Development (AK) Party and the opposition Republican People's Party (CHP) and the Nationalist Movement Party (MHP) had reached a consensus on establishing a new, democratic constitution.

"We have agreed to make minor changes to the current constitution, and the process to draft a whole new constitution has started," he said.

President Recep Tayyip Erdoğan met with political party leaders on Monday before the Council of Ministers at the Presidential Complex to express his gratitude for their stance against the coup attempt on July 15 and receive feedback from the leaders on steps that will be taken in the near future.

Regarding the changes to be made in the military, he said that the gendarmerie and coast guard, which were previously under the command of the Turkish armed forces, would from now on be subordinate to the Ministry of Interior.

Yıldırım also said that the Supreme Military Council to convene soon would last only a day and the decisions taken in the council would be published the following day.

Also touching on the casualties caused by the coup soldiers on the Bosphorus Bridge, he said that the first bridge connecting the European and Asian sides of the city would be renamed as "The July 15 Martyrs' Bridge."