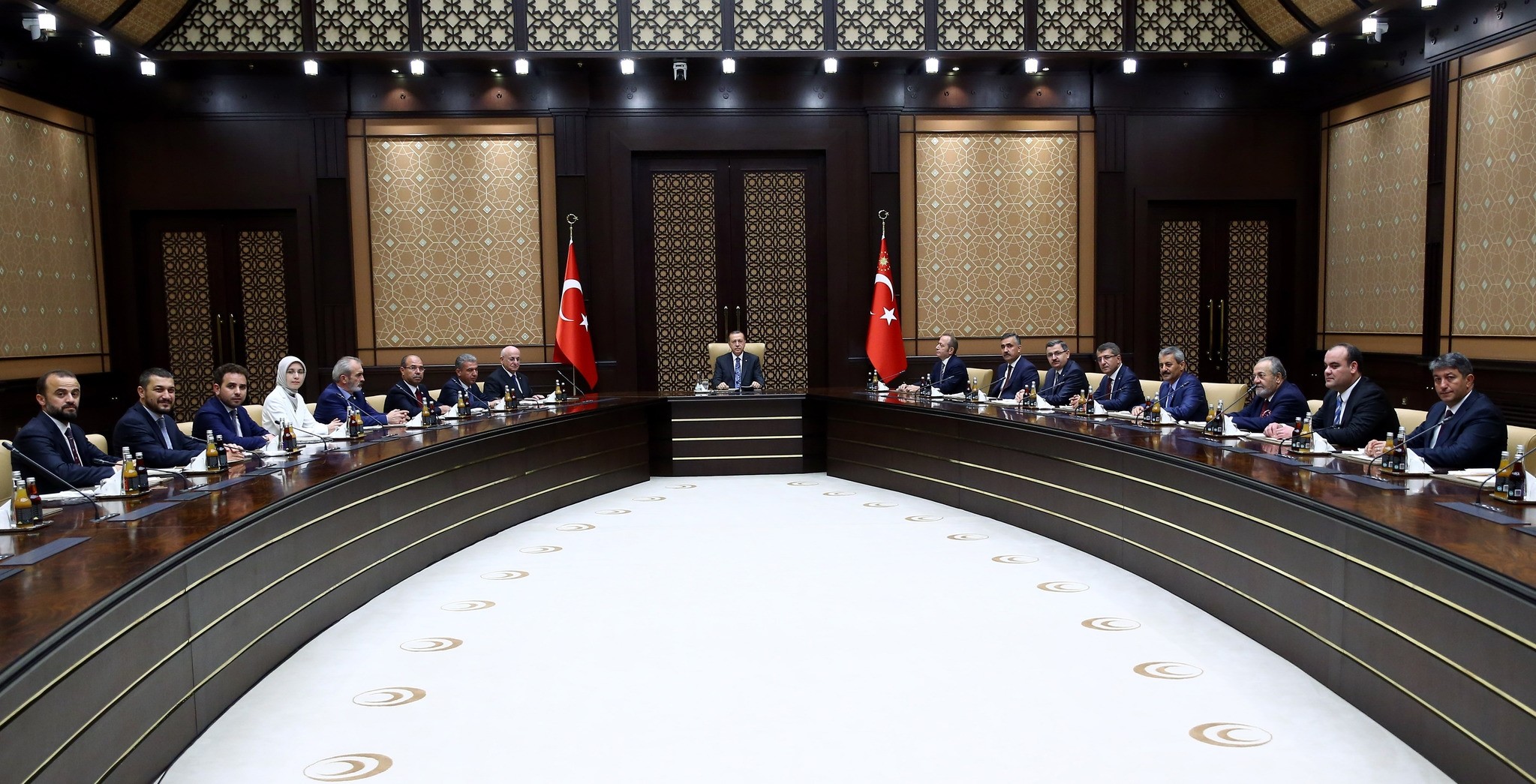 | AA Photo
by daily sabah Jul 28, 2016 12:00 am
President Recep Tayyip Erdoğan suggested on Thursday that the general staff and the National Intelligence Agency (MIT) would be tied to the Presidency.

Speaking with the members of the Parliament's executive committee at the Presidential Complex in Ankara, Erdoğan said: "We want the general staff and MİT to be tied to the presidency, if the opposition accepts as well. We need a constitutional amendment for these changes,"

Erdoğan also said the service commands could be tied to the Ministry of Defense.

In the meantime, the critical Supreme Military Council meeting was held for four hours on Thursday under the chairmanship of Prime Minister Binali Yıldırım in the capital, Ankara, displaying a number of new civilian features including its location, duration and security measures.

Breaking from the meeting's traditional venue of General Staff headquarters, this year, in the wake of the July 15 failed coup, the council convened for the first time at the prime minister's residence, the Çankaya Palace. The soldiers who stood in front of the meeting room to provide security were replaced by officers.

The council will review the failed coup-led by a group of rogue officers outside the chain of command, reportedly members of the Gülenist Terror Organization (FETO)-as well as handle its regular agenda, namely the promotions and appointments of military staff.

Yıldırım also announced that the meeting would last for just one day, unlike the three-day meetings of years past.

The council's decisions will be submitted to President Recep Tayyip Erdoğan for approval.