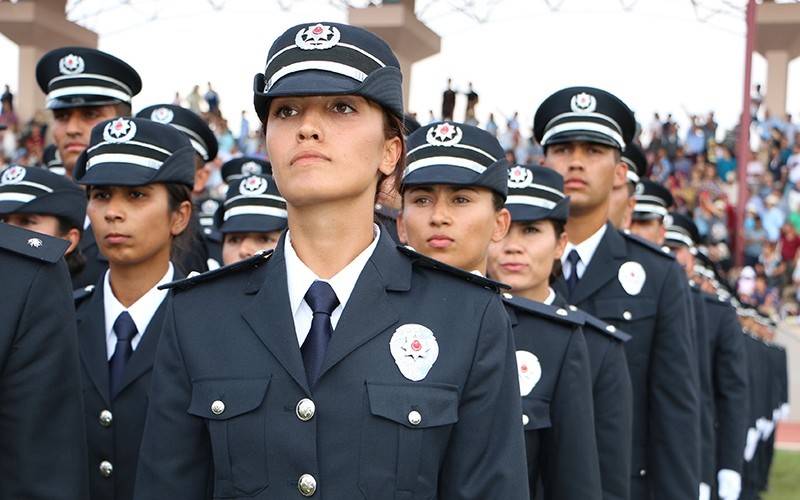 The headscarf ban for Turkey's police forces has been lifted following amendments made to the dress code under the scope of the democratization package passed by the Justice and Development Party (AK Party) in 2013.

Starting August 27, women serving in the Turkish National Police will be able to wear headscarves, the Official Gazette announced on Saturday.

The regulation notes that the headscarf must match the color of the uniform and must be plain, without any patterns.

An increasing number of Western countries are permitting Muslim women to wear the Islamic headscarf, also referred to as hijab, including Scotland, U.K., Australia and Canada.

Most recently on August 24, the Royal Canadian Mounted Police allowed officers to wear the headscarf, while the police in Scotland announced a day later that it will allow female Muslim officers to wear headscarves with the efforts to create a more diverse force.

The AK Party Government led by then-Prime Minister Recep Tayyip Erdoğan became a pioneer in terms of resolving the country's headscarf issue, which left millions of Muslim women in a dilemma to make a choice between their faith and education or professions.

Through the democratization package aiming to guarantee democratic rights for all citizens, the AK Party government passed laws and made amendments to the existing ones to ensure women wearing headscarves could receive education and work as public servants.

The democratization package also addressed a number of other rights and freedoms for Turkey's ethnic and religious minorities, the disabled and others.