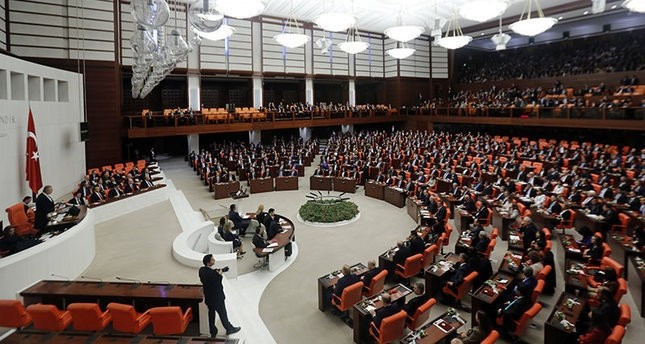 Justice and Development Party (AK Party) Deputy Chairman Hayati Yazıcı said Wednesday that a proposal on the presidential system will be brought to Parliament in January and that a referendum could be held as early as April. Speaking in a televised interview on NTV, Yazıcı said that the AK Party drafted a proposal in 2007 and has been working on it since then. "We have worked on the draft proposal in different commissions established in Parliament. It could be ready in three to five days," he stated. The proposal might be ready for the constitution after changes to 12 to 15 articles, Yazıcı added.

Responding to the debate on what form the presidential system would take, Yazıcı said that different models used around the world would be evaluated, with the political experiences of Turkey also taken into consideration during the proposal drafting process. "If the submitted proposal receives more than 330 votes and is accepted in January, then a referendum must be held," Yazıcı said, adding that it would take about two months preparation for a referendum to be held, including approval from President Recep Tayyip Erdoğan.

Switching from a parliamentary system to a presidential system has been a hot topic in Turkish politics since former Prime Minister Recep Tayyip Erdoğan became the country's first president elected by public vote in August 2014.

Bahçeli had suggested that his party is in favor of continuing the parliamentary system, but that they are not against a referendum on the presidential system. He added that if the AK Party brings the draft constitutional reform package to Parliament, which the Prime Minister announced will happen soon, it will produce "plausible and sound results."

In a recent interview with Daily Sabah, AK Party Parliamentary Group Deputy Chairman Bülent Turan had also said that the focus of their party is to make the necessary changes in the constitution that will pave the way for the presidential system. "All the parties that have a seat in Parliament have been promising a new constitution since the 2011 elections. Therefore, everyone has to collaborate on this subject. The AK Party believes that a new constitution based on the presidential system will pave the way for a more stable administration in Turkey. For this reason, MHP Chairman Devlet Bahçeli's recent statements are important. It should be a politician's duty to reach a conclusion without squandering any political opportunities," Turan said.
RELATED TOPICS