PM Yıldırım: People to have final say on presidential system 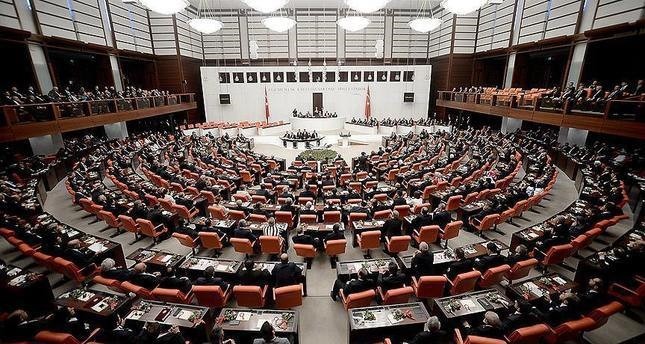 Prime Minister Yıldırım said the details on the presidential system and the roadmap towards the matter will be comprehensively discussed this weekend at the AK Party's 25th Advisory and Assessment camp, and that the final decision regarding the system change will be made by the people

Despite enduring a vicious coup attempt on the night of July 15 at the hands of the Gülenist Terror Group (FETÖ), Turkey's political agenda has shifted to a very different albeit familiar matter: debates on adopting a new presidential system.

Speaking to the media on Friday afternoon in the city of Afyonkarahisar prior to his visit to the Justice and Development Party (AK Party) branch headquarters there, Prime Minister Binali Yıldırım discussed the details of the possible presidential system as well as the government's comprehensive road map, which will be discussed at the AK Party's 25th Advisory and Assessment Camp being held over the weekend.

The prime minister commented on recent remarks made by AK Party deputy Chairman Hayati Yazıcı, who said the presidential system could be presented to Parliament in January followed by a referendum as early as April, dismissing the information as false and emphasizing that it is a step-by-step process in which an exact completion date cannot be predicted without bringing "the proposal that needs to pass the [parliamentary] committee."

The AK Party's Advisory and Assessment Camp has become a place among party members that allows them to address current matters on the political agenda. The prime minister also said, "The fight against terror, the [Turkish] economy, upcoming projects, services and initiatives which will be implemented in the upcoming term in our provinces will be discusses along with reforms and, of course, the establishment of a new Constitution will eventually be discussed."

While the presidential system debate has been perceived as a recently inflammatory matter after the election of Recep Tayyip Erdoğan, who became the first elected president of Turkey, the history of Turkish politics reveals that there were significant discussions about the presidential system from 1972 to 1982, when the parliamentary system in Turkey was not functioning properly. Echoing the sentiment of those years, Prime Minister Yıldırım stressed in his statement that "This matter is one of the most important matters facing Turkey in the future."

Continuing on to commend Nationalist Movement Party (MHP) Chairman Devlet Bahçeli's recent remarks in support for a referendum for constitutional change and the shift to a presidential system, Yıldırım said: "He [Bahçeli] has acted in a very thoughtful manner in seeking solutions to[our] country's problems. ...The AK Party believes that taking this matter to the people will resolve everything and so we will immediately finalize our work and bring it to Parliament as soon as possible."

According to the current Constitution, if 367 deputies out of 550 vote in favor of the constitutional change, the amendment can be put into effect after the president's approval. However, if the number of the votes in favor remains in between 330 to 366, then the government needs to take the constitutional change to a referendum. As the AK Party does not have enough seats in Parliament to take declare a referendum for the proposal on its own, the party needs support from other parties; in this case, the MHP. Responding to a question of whether parliamentary committee members for the presidential system proposal had been determined, Prime Minister Yıldırım told reporters that assigning members of Parliament is part of the government's road map and will be addressed during the camp in Afyon.

The Prime Ministry previously said Gülenists were abusing crisis desks established to assess and evaluate all complaints in overcoming unfair treatment. In this regard, Yıldırım noted in his statements on Friday that, "There are many complaints being made; nearly 116,000." The prime minister assured people that the government devotes all its efforts to overcoming any "wrongdoing,"while noting that all work regarding the matter is being coordinated under Deputy Prime Minister Nurettin Canikli and that those individuals whose complaints are found to be fair will be re-granted their positions.
RELATED TOPICS