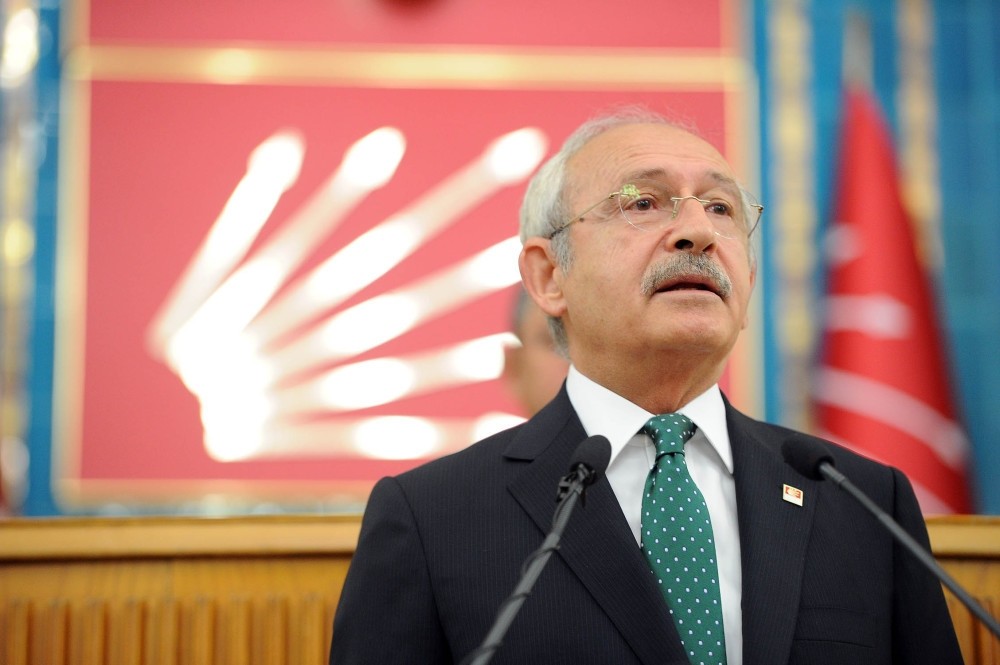 by Daily Sabah Oct 26, 2016 12:00 am
Once the ruling Justice and Development Party (AK Party) finalizes its work to submit a bill to Parliament for a new constitution and presidential system, the main opposition Republican People's Party (CHP) alerted its provincial organizations to prepare against a possible referendum on the bill in spring 2017.

According to sources close to CHP circles, the main opposition party chairman Kemal Kılıçdaroğlu told party members to ready the "anti" campaign against the upcoming bill. As the Nationalist Movement Party (MHP) Chairman Devlet Bahçeli had signaled support for a referendum for a constitutional change and shift to a presidential system last week, Prime Minister Yıldırım asserted that whether the AK Party receives 330 or 367 votes, the people will have the last say and the referendum will be held.

With the AK Party government swiftly conducting discussions on the new constitution along with budget meetings in Parliament, the expected bill will soon also be discussed, meaning the CHP must be hasty to act against it and the possible referendum. Following their Central Executive Committee (MYK) meeting last week, CHP sources have reported that the party is determining its actions and road map towards next year in the scope of a possible referendum. As part of the CHP's preparations against it, the "anti" campaign against the presidential system is also being planned with aims to halt the switching of governing systems at the ballot. Turkey's main opposition party is also paying close attention to the MHP's position in Parliament regarding the bill. The current strategy of the CHP is to solely direct its criticisms against the MHP and its chairman Bahçeli.
RELATED TOPICS